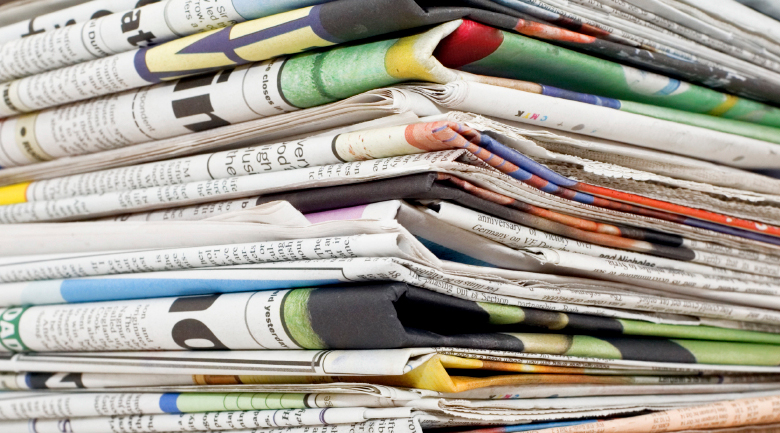 According to a new report from the Pew Research Center, social media sites are one of the primary methods for news consumption today, which is an important note in a world where print news is suffering. Because Facebook is the largest social network, it is no surprise that nearly half (47 percent) say they have consumed news while on Facebook, but there are two networks where even more users consume news – Twitter (52 percent) and Reddit (62 percent).

The study reveals that although only two percent of American adults visit Reddit for news, it comprises 62 percent of its monthly users, making it an important traffic driver for news outlets. The beauty of Reddit, however, is that it is community-generated, so quality is trumping quantity and relevant stories are being surfaced and read by users rather than arbitrarily landing on news while visiting Twitter or Facebook. 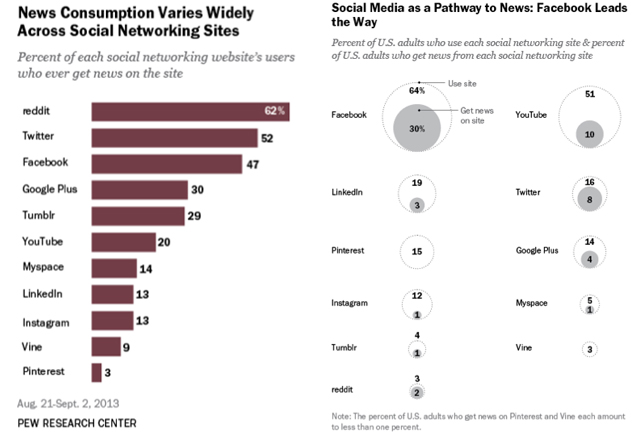 What each network is good for

Roughly 16 percent of the adult population in the U.S. use Twitter regularly, and half visit Twitter for news. Twitter is one of the easiest ways to get instant insight into breaking news, which is why it is popular with journalists and news junkies. Did you hear the word “Earthquake” in conjunction with “Oklahoma City” and rush to Twitter to search those keywords? We did, too. Did you pass by a conversation about Miley Cyrus and some on stage debacle? You might have searched Twitter for Miley to see what was up. Most other social networks don’t function as well as Twitter for this instant gratification.

Then, there’s Facebook – fully 64 percent of all U.S. adults are active on Facebook, and half have used it to read news. It is of note that the study does not ask if news is regularly read on these sites, just if they have ever used it to consume news.

Although YouTube is quickly becoming one of the top search engines for information, and over half (51 percent) of all American adults using YouTube, only 10 percent of all U.S. adults consume news through the video site. We believe this could change dramatically in coming years as it becomes more closely integrated into their owners’ (Google’s) offering.

Of note, LinkedIn limped in pretty far down the list, despite the professional network’s efforts to propel themselves as a hub for information sharing – only 13 percent of their users find news on the site, only three percent of the U.S. population. They came in very far behind Google+, Tumblr, and even (ouch) MySpace. 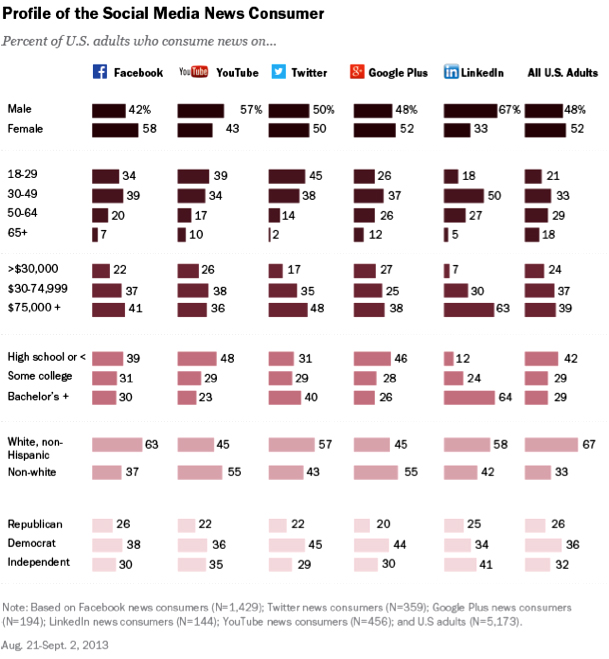 Although the breakdown of where news readers are consuming news on social networks, LinkedIn can brag that they have the most affluent users, but Twitter appeals to the 18-29 year old demographic strongly, making it a more attractive landing spot for news agencies in America. Twitter is the most evenly weighted when it comes to gender, and Facebook is more populated by women (58 percent) while LinkedIn and YouTube are more dominated by men.

Watch for traditional news outlets to change their strategies in coming years, and watch for brand journalism to continue increasing in relevance.