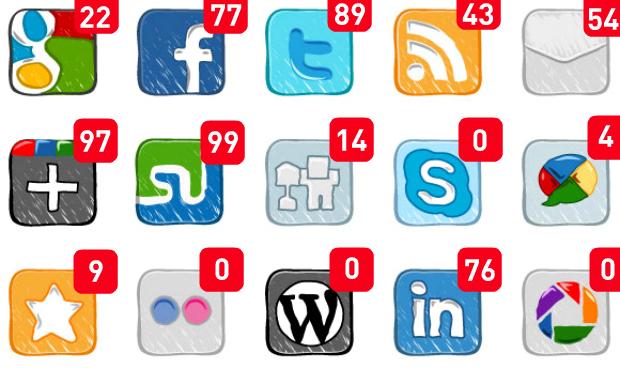 According to comScore, social networking use now leads as the top online activity globally, accounting for 1 in every 5 minutes of all web use with over half of all web users in the world visiting Facebook in October.

“The emergence and widespread global adoption of social networks has vastly influenced human interaction on an individual, community and larger societal level, and underscores the convergence of the online and offline worlds,” said Linda Boland Abraham, comScore CMO and EVP of global development. “Regardless of geography, social networks are weaving themselves ever more intricately into the fabric of the digital experience, opening a world of new opportunity for business and technology.”

Social networking is now the top activity of all web use and three of every four minutes spent social networking was on Facebook. Twitter now reaches one in ten web users globally, growing 59 percent in just the last year.

As social media has gone mainstream, the concentration of social networks have expanded beyond young early adopters and while age 15 to 24 account for the most highly engaged segment of social networks with an average of 8 hours per visitor, users age 55 and older represent the fastest growing segment in global social media use (as in other years), growing 10 percent from July 2010 to October 2011.

The rise of mobile devices is fueling the social addiction, comScore reports. In America, 3 in 5 smartphone users accessed social networking sites, 2 in 5 doing so nearly every day which is lower than European use, but a rising number for Americans.

Social networking has gone mainstream and words like “Facebook” and “tweeting” are household words which will continue to fuel the growth of the networks and the time spent on the most popular social media sites. The comScore reports that older demographics are jumping aboard and that mobile use is rising in the U.S., making social networks a louder place, but offering more marketing opportunities.