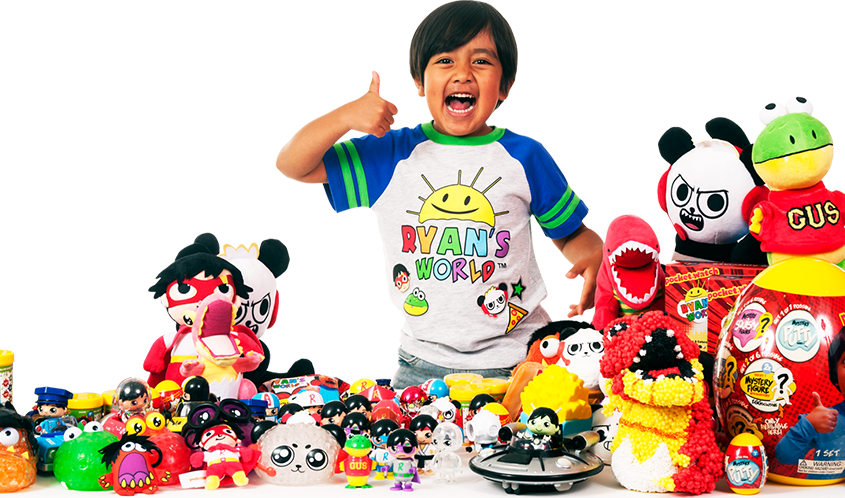 Step aside, Markiplier. Out of the way, PewDiePie. Of all of the gaming commentators, cosmetics moguls, and online celebrities who made a living by posting YouTube videos this year, the highest earner and all-around star is a pint-size millionaire, seven-year-old Ryan, with his channel Ryan ToysReview.

According to Forbes, Ryan was the highest-earning YouTube influencer this year, raking in $21 million in advertising and another million from sponsored posts. Ryan’s channel has 17.3 million followers, usually other kids, and has amassed nearly 26 billion views since its launch in March 2015 when Ryan was four years old. Last year, his channel was ranked the #1 most-watched on YouTube for 40 consecutive weeks. Some of his videos have literally billions of views.

Ryan has perhaps been the most successful YouTuber to capitalize on the “unboxing” trend, wherein influencers open packages of products and explain and review them on camera.

In Ryan’s case, he’s living the dream as though every day were his birthday, enthusiastically unwrapping and playing with every kind of toy imaginable. One of his specialties is popping giant eggs full of surprises. Young viewers get the vicarious thrill of watching one of their peers play with the toys they covet.

In an NBC interview, Ryan explained that he has been successful because “I’m entertaining and I’m funny.”

Some jealous lesser YouTube stars like PewDiePie insist that Ryan is being exploited by his parents and that he’s racked up high numbers of views with bots.

These critics are suspicious of the fact that Ryan has a high number of views but proportionately lower engagement. However, parents worldwide will attest to the fact that their toddlers will happily watch Ryan’s videos over and over again without commenting.

Ryan has expanded his empire by signing with kids’ entertainment studio Pocket.watch and by plastering his likeness all over toys and apparel sold at Walmart and Target under the Ryan’s World label.

What else with Ryan do with his earnings? Fully 15 percent goes to a Coogan account that remains protected until Ryan reaches legal age. He says he wants to be a game developer when he grows up.