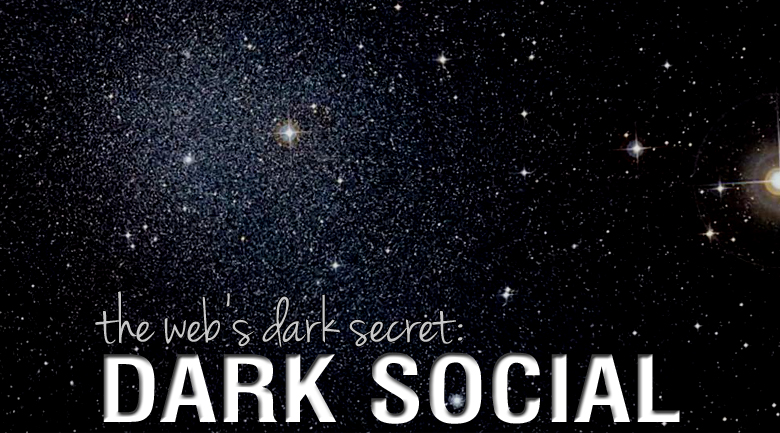 Dark social, the (un)sexy underbelly of the social world

Dark Social might sound like something sensual, but it’s really just about tracking those links, baby. And if you aren’t familiar dark social, don’t feel bad, because you’re not the only one. But soon we’ll all be well versed, because dark social is on the rise and something to contend with.

Referral traffic is hard to track

Normally, when a reader clicks on a link that leads to your website from a social media site, your analytics kick into gear. Fairly quickly you’ll learn how that reader was directed to your site, along with plenty of other information you may or may not need. However, when someone copy and pastes a link and texts it to a friend, or shares it through a private messaging app like Snapchat, there is no way to track how someone ended up on your page. The ability to track “referral traffic,” as Olsy Sorokina of Hootsuite describes it, is completely lost.

We may not be aware that it’s happening, but dark social is a huge phenomenon. Although it’s a new concept to most people, Patricio Robles of Econsultancy has stated that, “stats from Radium One show that nearly 70% of global sharing activity takes place in dark social channels.”

So around 70% of referral traffic isn’t being tracked accurately or at all, which means your company might be focusing on or marketing to the wrong demographic. For all you know, the majority of that 70% of traffic could originally be coming from a Facebook ad, and you suddenly decide to spend all of your ad money on Twitter.

Using dark social to your advantage

So how can you use dark social to your company’s advantage? For now, there’s no way to track the traffic that comes by way of dark social apps, emails, and text messages. However, Jack Simpson of Econsultancy has a few suggestions on how to zoom in on where you clicks are coming from.

Simpson’s first suggestion is for your own website. Make sure to include share buttons that are obvious, visible, and make people want to click on them instead of copy and pasting the link in an email. Include buttons for email, WhatsApp, Snapchat and other dark social channels, not just the usual Facebook, Twitter, and Instagram. According to Simpson, buttons for dark social channels are actually more important because with them you can start tracking what comes from those sites, instead of playing the guessing game.

Simpson’s next suggestion is to go into your site’s analytics and look at all your direct traffic. The insanely long links like the ones below were obviously not typed in by hand, so someone clicked on a direct link, most likely from dark social. 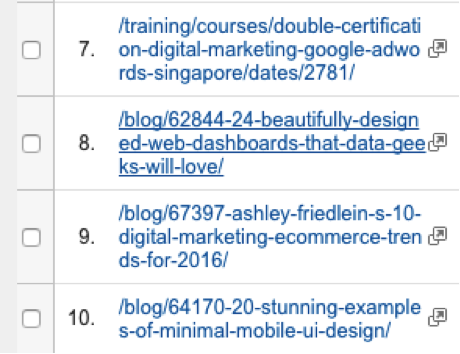 “You could set up a segment in your analytics that takes into account all direct traffic links with parameters, so for us it would be all links that aren’t econsultancy.com, enconsultancy.com/blog and so on. This enables you to get a reasonably accurate picture of how much traffic is coming from dark social,” Simpson said.

The future of Dark Social

We’re only just now learning and exploring the concept of dark social. Within a few years’ time, it’s likely that scientists and engineers will have discovered and passed on enough information that we’ll have pulled this social into the light.