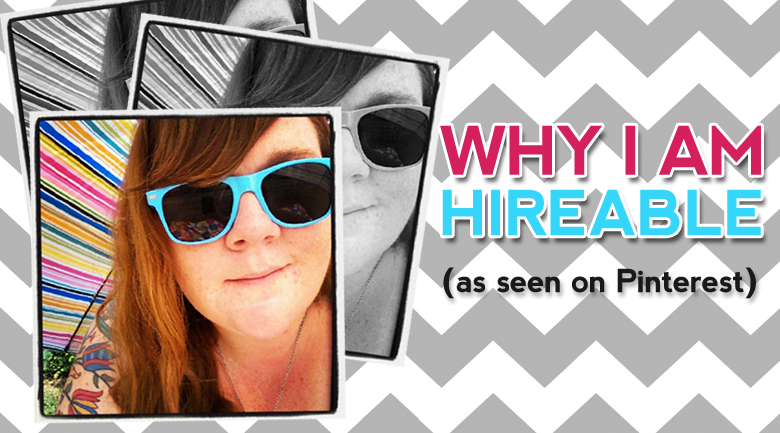 Visual bookmarking site, Pinterest, has been a top driving force behind the rise of the visual web, and we have long highlighted tips, tricks, and ideas for the free social site, but today, we bring you one of the most clever uses we’ve seen so far – a Pinterest resume. No, not a resume for someone wanting to work at Pinterest, rather a digital creative with a BA in Mass Communication has opted to use the hot site to creatively showcase her assets and creativity. And she nailed it.

Check out the “Hire Me: Stacey Knupple” Pinterest board. I’ll wait… Pretty clever, right? It’s not just a stodgy “I worked at X for Y years, and learned leadership,” or “I am skilled at [insert boring task here],” rather Knupple highlights her tangible experiences, and shows who she really is, even off the clock, and since employers now dig across all social networks, it is quite easy to see it all in one place, in a simple, peruse-worthy format.

In case you were too lazy to click the link and visit the Pinterest board, below are some examples of her creative postings: 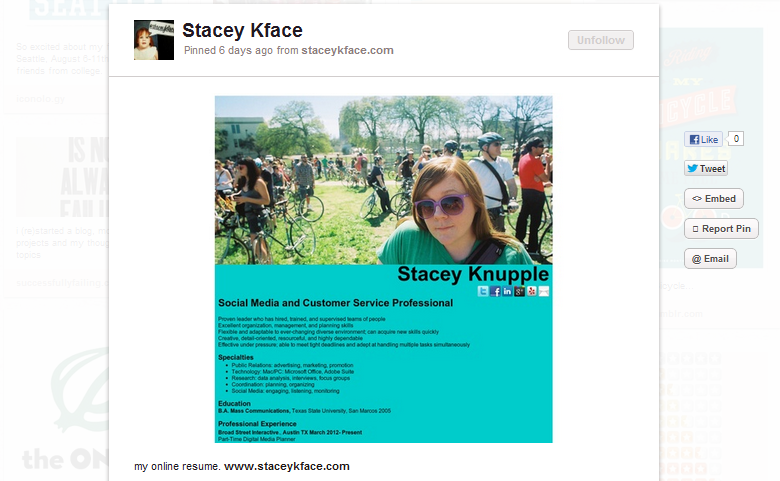 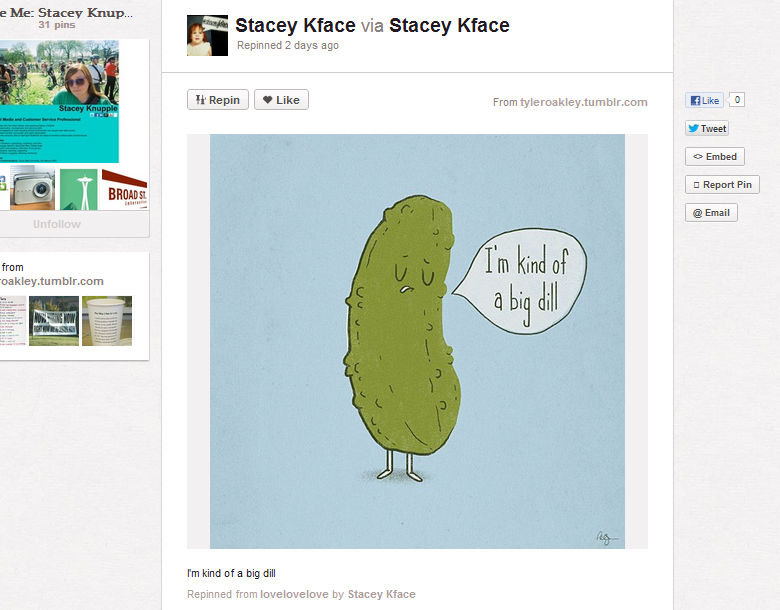 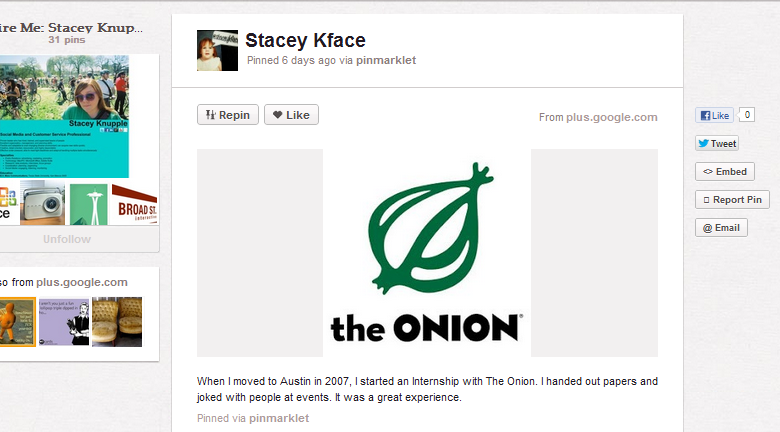 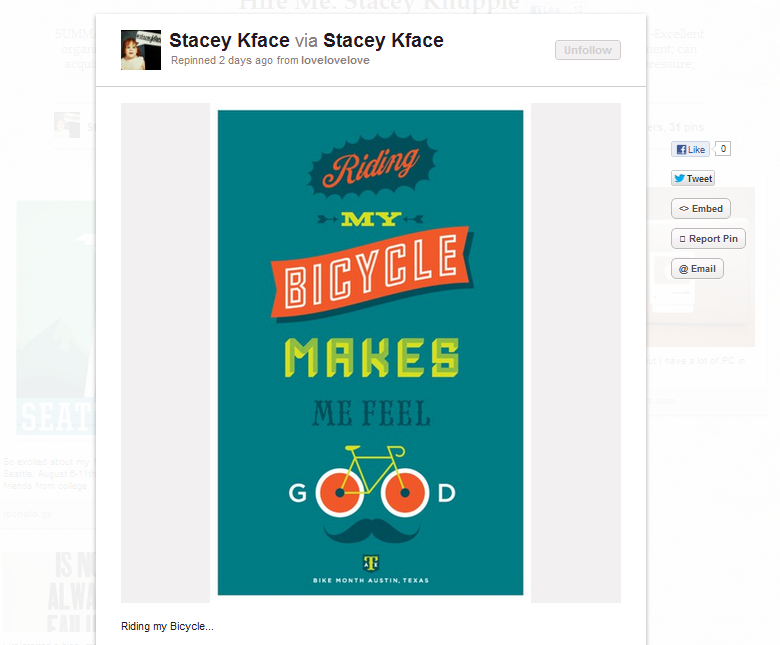 What inspired this project?

Knupple tells AGBeat that she was inspired to create this Pinterest board because, “The fact is I spend a lot of time on Pinterest. I find myself pinning all sorts of creative things that represent my hope for what my future self can accomplish… and not necessarily what’s realistic for right now. Sure, I love to stare longingly at elaborate DIY art or garden plans as much as the next person, but that isn’t my current reality. By pinning “myself” up there, my pin boards now represent at least a little bit of who I am now. ”

“Additionally, we all have concerns over what pops up when someone searches for us on the internet,” Knupple added. “Will they find that recording of the time I called into a radio show and won a contest because I knew that Katherine Heigel had adopted a baby? Probably. So why not curate that content to include some of the internet laundry, put the good stuff out there and wrap it into one pin-nable package? ”

The board was created late last week, but Knupple says she suspects it will “be ever evolving,” adding that “I may wake up in the middle of the night tomorrow with a great way to rearrange, repin or edit the content.”

Regarding what response Knupple has seen so far, she says that she has seen some social media engagement, “but it’s too soon to really tell where it might lead. I just received a tweet in response to my board which I think is pretty funny: ‘So… you’re looking to be hired by a woman.’” We assume the comment Knupple received was in jest, and while misguided, we agree is funny.

When asked what kind of job Knupple is specifically seeking, as with most creatives, she asked, “Isn’t that always the toughest question? Frankly our employment landscape seems to be changing more and more quickly now. I’m adept at 100 things (okay, maybe 57) but the hope is that somewhere out there exists a company that wants to hire the girl who turned her resume into a Pinterest board because she has a million other great ideas.”

After hired, does Knupple encourage others to do the same? “We’ll see how this goes,” she said. “As with all social media platforms, there’s a proprietary TOS so your pictures, verbiage, links all belong to them once posted. If others choose to replicate, I’d keep that in mind. As with all things internet, once it’s out… it’s out.”

We will be following Knupple’s path to employment to see who ends up hiring “the girl who turned her resume into a Pinterest board because she has a million other great ideas.”