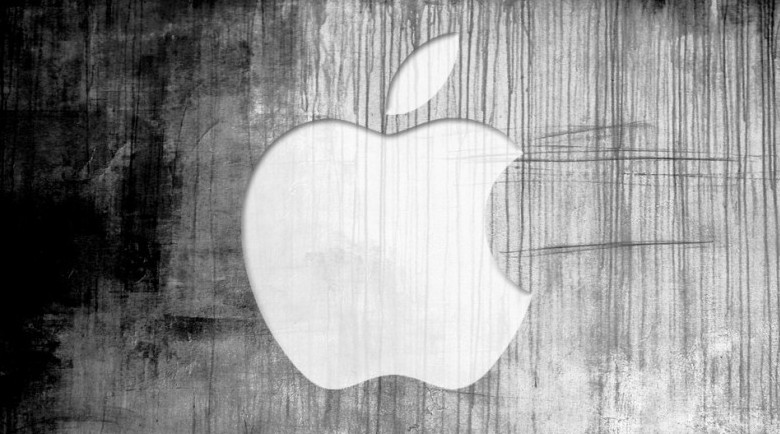 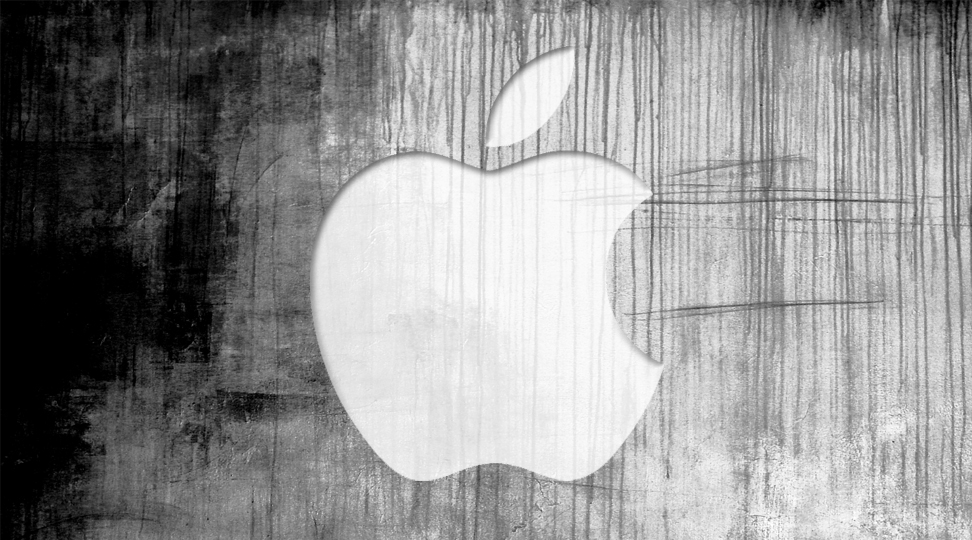 When you walk past any Apple store in the world, what do you see? Clean tables, helpful faces, innovative technologies, and more, and upon entering, unless it’s a holiday and it’s too full of people, feelings of enthusiasm are invoked, even in non-Apple fans. “Ooh” and “aah” sounds echo throughout the retail store, unlike any other. Try going to Gap and feeling as if pure oxygen is being pumped through the air system – it won’t happen.

Steve Jobs’ legacy was that of perfection and beauty, and just making peoples’ lives better. Their marketing is simple, minimalistic, and by most standards, superior. So why then are there whispers that the retail locations have a dark, seedy underbelly? Gizmodo.com tech writer, Sam Biddle has swapped emails with current and former Apple retail employees claiming corruption in the stores that if true, would have Apple fans enraged.

Before we dive into what Biddle uncovered, we should note that it is our belief that although Apple is held to a higher standard, and consumers have a certain ownership given to them over the brand, most big box retailers have misbehaving employees that act out of line and take advantage of their role (you’ve seen 40 Year Old Virgin, right?). The retail world is far different from Cupertino, and while low level retail employees are the front line of the brand, the face if you will, it is unfair that they sully an entire brand – but that’s the reality of how a consumer feels when their “personal videos” are shown to all employees when a computer is dropped off for repair… or worse.

There are tales of employees hooking up in the back room, gay bosses feeling inclined to honk womens’ breasts and butts, and general bad behavior, but the following unbelievable stories actually impact the consumers whereas a poor retail culture does not. 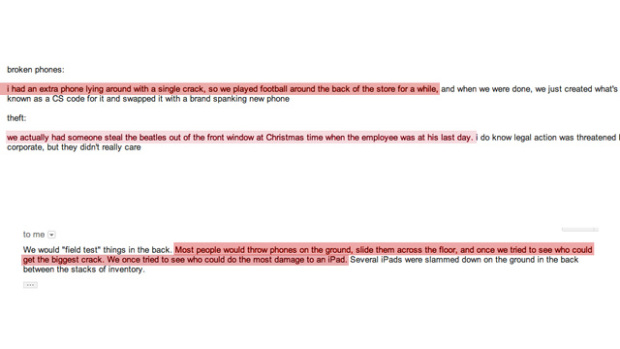 One person claims bad boss behavior far beyond an uncomfortable hug. “I have had bosses sleep with employees, bosses buy drugs from employees, bosses get us wasted at bars… I have had a boss sexually harass me and torment. Ugh its [sic] disgusting how poorly apple employees are treated…” 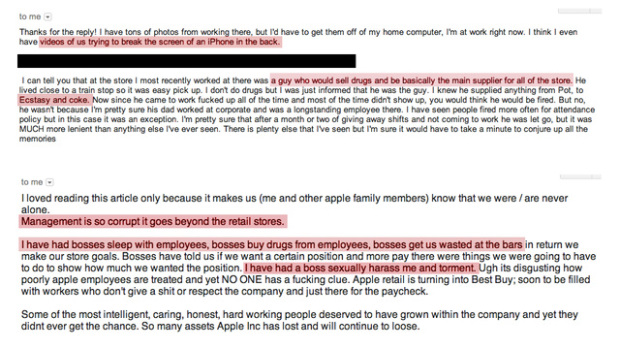 If sex, drugs, and “field testing” weren’t enough, some team members created false cases to cover things up for people and offsetting prices while consumers paid the same amount, and “hot chicks” who submitted devices had their images viewed by Genius Bar staff on a regular basis. “Discount codes were also applied liberally where they didn’t belong. In short: Geniuses played the system to get free toys,” Biddle writes. 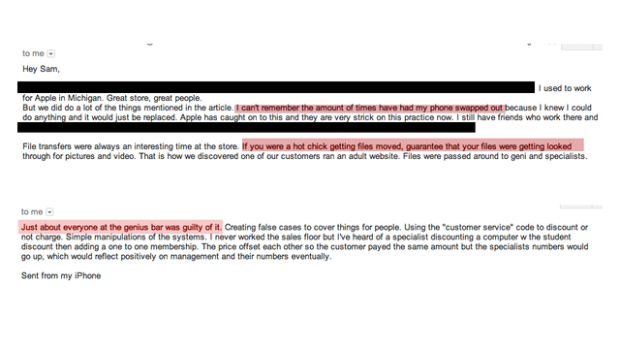 One genius bar staff said he would remove parts of computers and exchange them for cheaper ones, making a lot of money out of it, and expresses that he does not regret it. Additionally, it is reported that theft of products was common, easy, and employees worked together to steal: 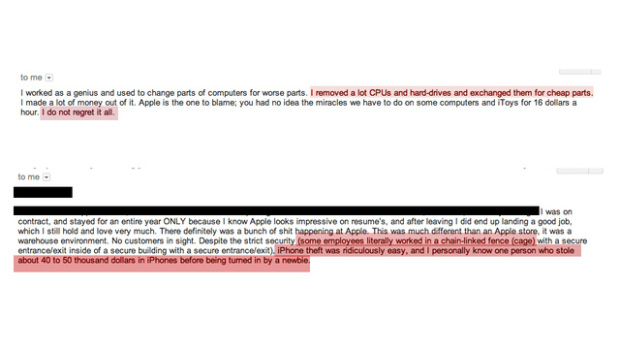 One tipster claims that not only do attractive people get preferential treatment and free devices when theirs are broken, and on top of that, some staff does repairs on the side for ridiculous amounts of money. 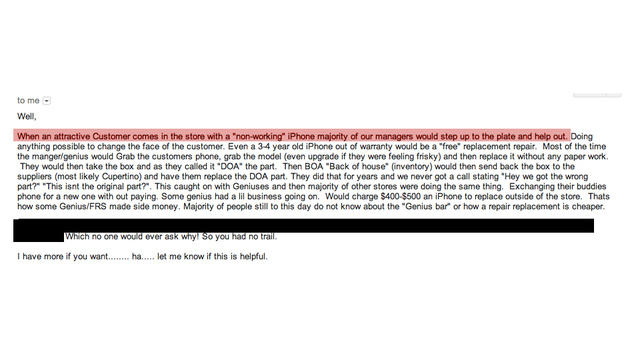 If true, the most damning story is what all consumers fear – their pictures and videos being looked at and even shared among employees. Apple employees systematically would look through attractive womens’ devices for private photos, sometimes even emailing the images to themselves. There’s no telling where the images ended up. (Also see story #3.) 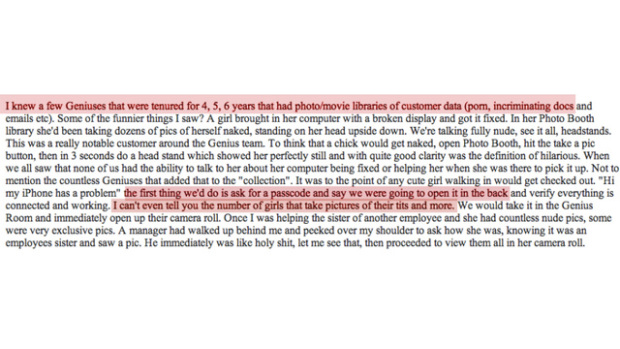 One former employee cavalierly explains how she and others would take the giant display items and selling them online for a fat profit: 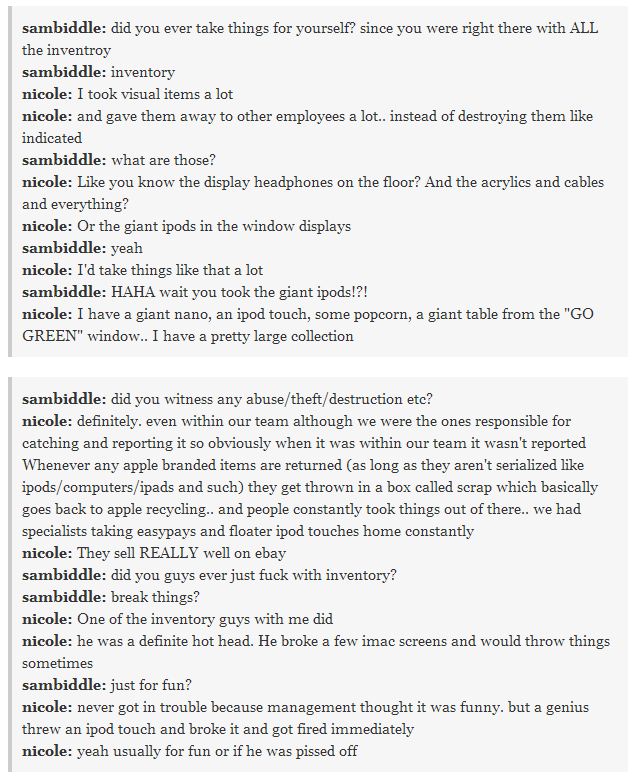 According to one source, staff at one location had a massive manipulation scenario wherein they would code receipts of certain buyers spending over $500 as “business contacts” to count toward their business revenue, fudging their targets.

It is unlikely that this is unique to Apple, but it does conflict with the perfection portrayed by Apple leaders, and has one question how widespread these problems are. More importantly, will Apple take steps to get rid of the riff raff so the quality employees can function to their best potential?

The bottom line is that next time you go to an Apple store with a device to be repaired or replaced, you might want to at least wipe the pictures of any device, especially if you’re an attractive woman, or have an attractive young daughter, just to be safe.

In this article:apple, mac, Technology