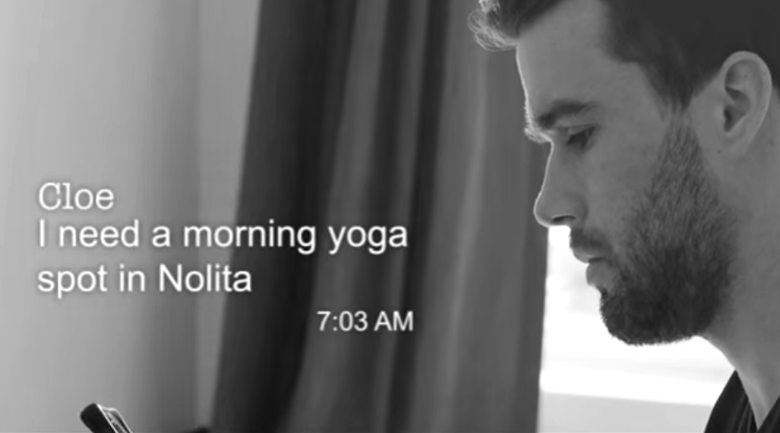 We all know the frustration of Siri

How many times have you asked Siri a question, only to receive a response of “I’m sorry, I don’t understand what you’re asking” or “I didn’t quite catch that, can you ask again?” Or, even worse, she gives you a list of local bowling alleys when you ask for Bowling for Soup lyrics. When I’m speaking to an artificial intelligence, I want a better chance of getting a direct answer than I do with a magic 8 ball.

Siri’s a genius, and nobody’s refuting that. However, it wouldn’t hurt to learn a little tact, and a touch of humanity never killed anyone. With that being said, I’d like to introduce you to Cloe, Siri’s “smarter, younger sister.”

Read also: iPhone’s Siri cusses at a kid in an electronics store

What makes her so unique? Well, first of all, she’s text-based. Chase Hildebrand, one of the brains behind the machine, says this is key to her usability. The market is oversaturated with apps, and people are tired of downloading and installing things just to find out where the best Cuban sandwich in town is served.

And Cloe isn’t just a fact-producing robot – She can also order food for you, make reservations, and even describe unfamiliar things or people to you. That last one threw me for a loop, but it’s true.

A legitimate threat to competitors

Now, she isn’t the first human-powered AI to surface, but rather one of a few that threaten to overtake the market. Jarvis and Ethan are among other recent developments, allowing the user to schedule meetings or have a deep, meaningful conversation, respectively.

Upon closer inspection, you might begin to question how artificial this intelligence really is. Cloe responds in real time with a near-perfect human tone and level of understanding. It almost makes me think this is some Wizard of Oz situation. I’d pull back the curtain and there’s just this tiny woman answering 500 texts simultaneously. Make no mistake, she needs a human to run properly, but the technological achievement behind this is all too impressive.

Cloe has been released to a very limited number of people, as Hildebrand says he only has a handful of Cloes available at the moment. Although she’s just getting started, she’ll have to grow a few more arms to handle the increasing demand for such realistic AI.