Recently, Facebook announced they would be acquiring Oculus VR, the creators of the Oculus Rift virtual reality headset, for a cool $2 billion.

Because the company has a geeky sounding name, many business professionals are making the mistake of glossing past it since it isn’t immediately apparent the implications, but they are huge.

Further, Oculus VR and Facebook are such extremely different companies, that many immediately scratched their head and wondered how they would merge into anything more than Farmville on crack.

In the beginning, Oculus will be impactive negatively by the acquisition, but Oculus VR Co-Founder, Palmer Luckey says that Facebook offers additional resources, and their Oculus Rift will enter the market “with fewer compromises even faster than we anticipated.”

Luckey also indicates that the Oculus Rift will be available as a gaming headset won’t have any Facebook tie-ins; in other words, you won’t be gaming with a blue headset with a like sticker on the side, and you won’t be required to sign into all games through Facebook. At least that’s the current plan.

But what about the long term? Why acquire such a technology? Facebook founder, Mark Zuckerberg explains that he’s invested in non-gaming applications for virtual reality. “After games, we’re going to make Oculus a platform for many other experiences … This is really a new communication platform … Imagine sharing not just moments with your friends online, but entire experiences and adventures.”

Why you should care, and all you really need to know

Businesses and professionals should be aware of the rapid advances in virtual reality, as they could impact retail and finance in how consumers expect to connect and do business, but further, it shouldn’t be ignored (many ignored Google Glass, and here we are on the precipice of a wearable technology boom).

Even Facebook said, “virtual reality technology is a strong candidate to emerge as the next social and communications platform.”

For the cynics out there, however, Matthew Inman (TheOatmeal) predicted this very acquisition months ago and sums up via comic what most people really need to know – you’ll be wearing Facebook on yo face: 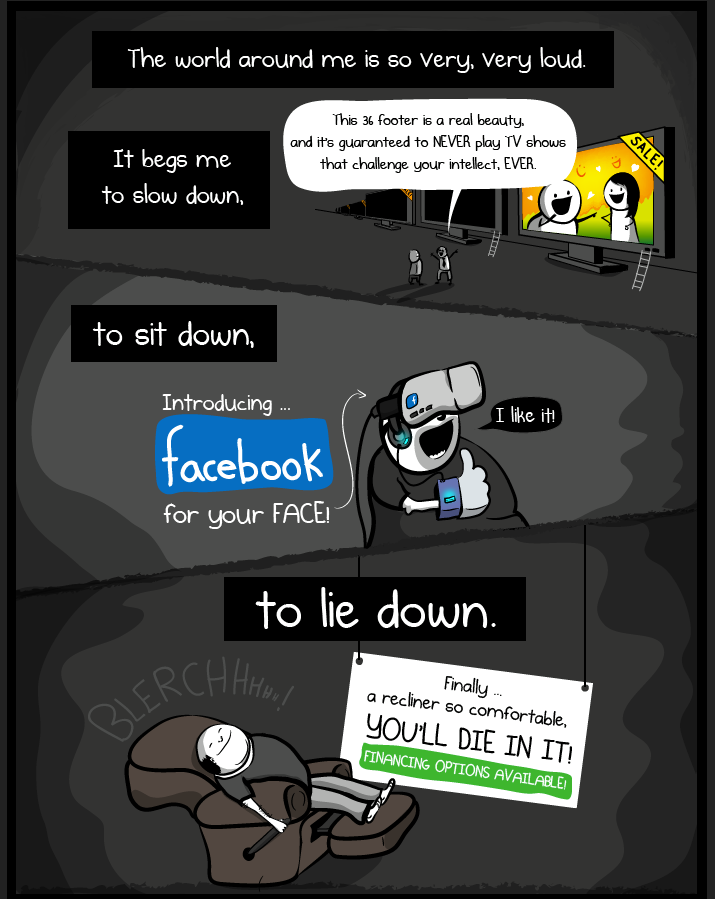 In this article:facebook, oculus rift, Tech