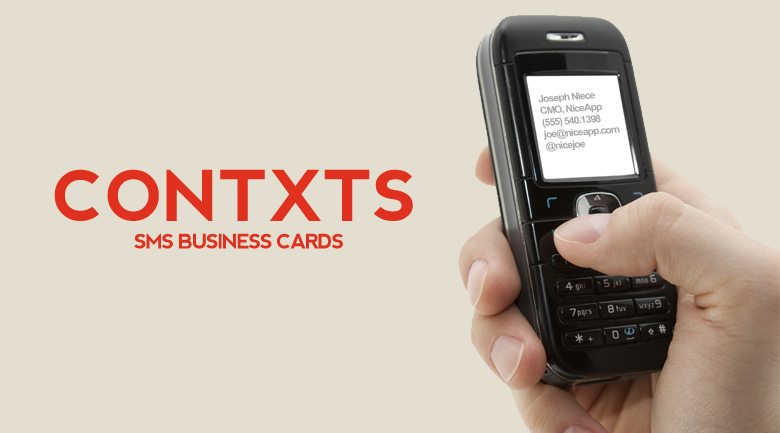 “Business cards are so 2007,” says Contxts, a company that uses SMS (text messaging) to exchange business cards. There are no extra apps to download, no shaking of phones or hitting other phones with yours like a lightsaber, no, the tool uses existing text messaging systems built in to all mobile phones built in the last decade.

The upside and downside

The upside of using SMS business cards is tremendous – cost savings of no longer printing business cards, you get to wow people when you meet them that all they have to do is text you and they’ll immediately get all of your credentials. Additionally, it is environmentally sensitive, and helps you stay organized, as you get their basic information in return.

That said, if users can properly explain to people that if they text a code, they will be exchanging basic information so that no trees are killed and everyone’s contact info is immediately in each others’ phones. Brilliant if done correctly.