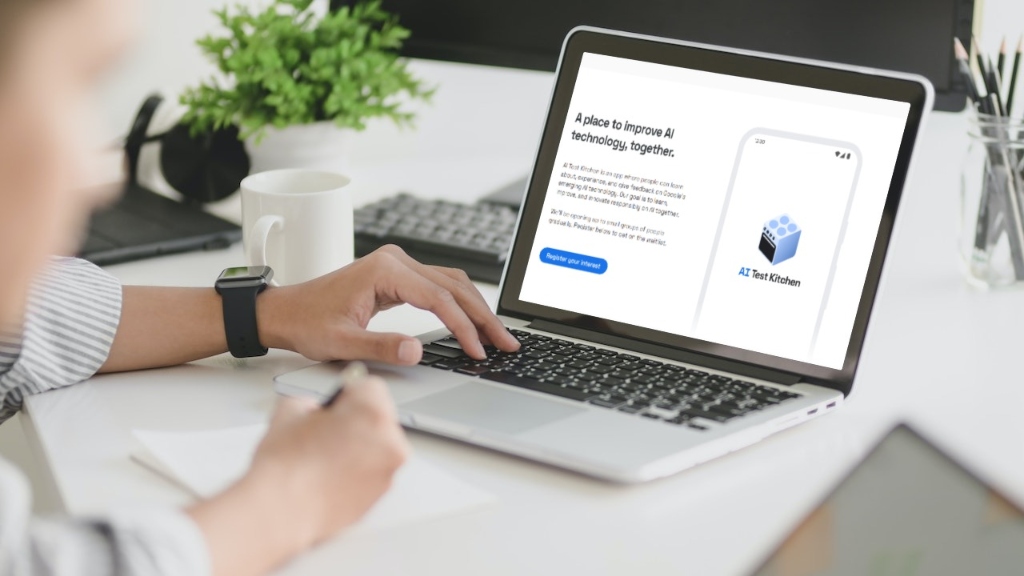 “Google never comes up with anything cool,” said no one ever. The AI Test Kitchen, launched today, will be no exception.

Their executives announced this latest application in May 2022 at their I/O conference, which if you aren’t familiar with, is essentially a technology nerd’s version of paradise. It allows developers to come together and learn about all of the latest news and releases while soaking in the sun.  With the AI Test Kitchen, you can get a glimpse into that experience by being privy to new tech before others.

So what is AI?

Artificial intelligence uses computers to mimic human thought processes and patterns, in forms such as voice recognition and language processing. All of the big tech companies are jumping on the AI bandwagon in order to change the way people interact with the world and obtain information. Google’s new application builds on that idea and will let users test out the latest technologies to get a feel for new innovations ahead of their release schedule.

With this early access, the programs will obviously not be fully developed, and there may be some issues that need to be fixed along the way. Google determined it was worth it, as they will be able to study how people interact with the application and see any issues in real time. After all, who could be better at finding the bugs in a system made to imitate human conversation, than humans talking to and interacting with the system?

In order to avoid any big issues, such as inappropriate interactions or language being used by the application, Google has added multiple filters and other safeguards. There are systems in place that will filter out words or phrases deemed as explicit, hateful, offensive, violent, illegal, or that could breach someone’s privacy and share personal information. Google has advised that this information may still make its way through, but will be fine-tuned and removed as more ratings come in. These ratings will not be linked to the specific user’s account.

Through AI Test Kitchen, Google will be giving demonstrations centered around these new technologies, the first of which is LaMDA. The newest version of LaMDA, the Language Model for Dialogue Applications, expertly searches the web to find answers to questions asked by users, as if they were being answered by another person. This is done so convincingly, that many have wondered if this program is sentient. After each interaction with LaMDA, the user is prompted to rate the reply in one of four ways, nice, offensive, off-topic, or untrue. This information is then used to improve this and future applications.

Google’s AI Test Kitchen is giving entrepreneurs the opportunity to gain an advantage over their competitors by knowing about the latest releases sooner. There are safeguards in place to prevent any issues, and a simple way to rate each interaction. This will be rolled out gradually, starting with small groups.

So what do you think? Are you interested in being one of the first to gain access to this program? If so, you can sign up for the waitlist. We are here for this latest development, and cannot wait to see what other programs will be available for beta testing.

In this article:AI, google, Tech, The News