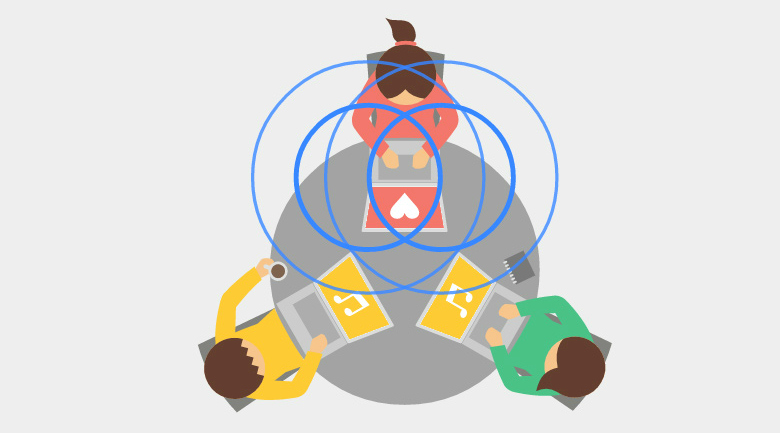 Sharing links to an audience or when you’re in a meeting gets tricky. Sure, you can email everyone, but it’s easy to leave someone out. If you’re presenting, you can put the link in the printed material which isn’t convenient for the receiver but at least they have the website.

In 2012, Patrick Bergel, out of the University College London created an app called Chirp that allows you transfer files between devices with just a sound.

Read also: Why your business might not be showing up on Google Maps

Three years later, Chirp still seems to be an idea rather than a big business that everyone is using. Google recognized that link sharing was a problem. Instead of developing another app for your phone, Google turned to its Chrome browser and developed a plug-in that uses an audio signal to share links between computers. They’ve named it Google Tone.

The upside and downside of Google Tone

Google Tone would be useful in an environment where the individuals use laptops not smartphones. However, you probably won’t be able to send secure files through Google Tone. There’s no pairing through a Bluetooth and you don’t need an email address, but every individual does need to use Chrome.

Bergel is actually happy about Chirp’s competition. He says it demonstrates that Chirp serves a valid need. Chirp released their own Google plug-in, identifying it as experimental. Now, you can share information, links, and pictures from websites to your mobile devices. However, the same holds true with Chirp, that all parties need the app or plug-in to make it work.

I think Google Tone or Chirp would be great when you’re in a large room and want everyone to have a digital file to follow along with your presentation. Play the sound throughout the microphone before you begin, then everyone has the photos or data to view while you are speaking.

That said, if I were sharing photos between friends, I would probably use text or a chat app on my phone. There is a need for more effective file sharing, and these two programs are going to fill the void.