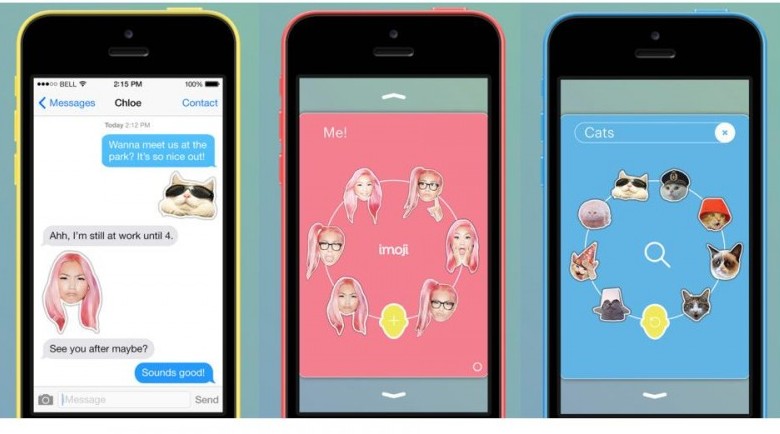 With the release of Apple’s newest set of diversified emojis, it’s not surprising other platforms are trying to jump on the bandwagon. These tiny animations help personalize text messages and emails, status updates and tweets, and so much more, but what is beyond the standard, or expanded, set of emojis?

The Imoji app has an answer: let the users customize and personalize emojis to fit their needs and style. Imoji lets you create sticker-type emojis from nearly anything (nothing “offensive,” although I did not readily find a definition of what constitutes an “offensive” image).

You can choose to make your masterpiece public or private after creation. If you choose to make them public, they are added to Imoji’s library of over three million stickers. This number is expected to grow rapidly, however, due to Imoji launching a SDK (software development kit) to allow third parties access to its library.

How to create your custom emoji

To create an Imoji sticker, find an image you love, anything or anyone, from your camera roll or the Internet; then crop it, customize it, and save it. You can then send stickers, either ones you create, or ones you find in the Imoji database, to iMessage, Facebook Messenger, Instagram, Twitter, and other users. Imoji is also talking about integrating with Flesksy, the popular keyboard app for Android and iOS, which will allows users to access the stickers right from their phone, making it even more convenient to up your messaging game.

Imoji is free and considering the range of competition charging for customizable sticker packs, Imoji could become the clear favorite. Imoji seems to be focused on expanding their sticker database exponentially with the addition of SDK. This should allow Imoji to be the coolest emoji kid on the block, if it catches on like they hope. Have you tried it? If not, it’s definitely worth a look.