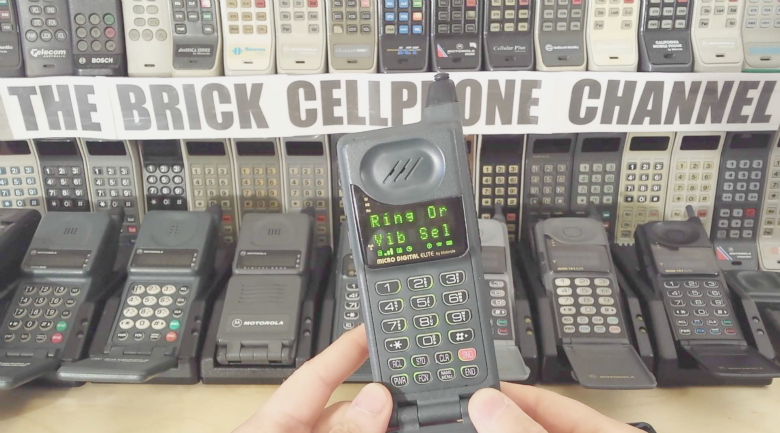 Is Motorola finished? Yes and no.

Motorola quite literally invented the cell phone, but you won’t find the brand’s name emblazoned on any more cell phones from here on out.

Motorola was purchased by Google in 2012, and just last year was sold again to the world’s largest PC manufacturer, the Chinese company Lenovo.

Motorola will simply become a division of Lenovo. Phones may still continue to display the iconic bat-winged “M” logo alongside Lenovo’s blue logo. However, no phones produced after 2013 are labeled with the name “Motorola.”

Motorola created the first truly mobile device, the DynaTAC, and later popularized the Razr flip phone and the “Hello Moto” ringtone. The company will go down in history as the inventor and popularizer of mobile devices, but the brand name has been surpassed by Android and iPhone.

Lenovo’s CEO Yang Yuangqing assures customers that Motorola is the company’s “treasure” and that they “plan to not only protect the Motorola brand, but make it stronger.”
Nonetheless, some experts are nostalgic for Motorola, and still put much stock in the company’s good name. Said analyst Carolina Milanesi, “Lenovo does not have a bad brand but Motorola stands for a lot, especially in mobile. It would be a shame to move away from that.”

Lenovo, which is best known for making personal computers, may be hoping to use Motorola’s connections and good name to become more recognizable as a producer of mobile devices. They hope to introduce their budget cell phone, Vibe, into markets were Motorola is well-respected. In markets more familiar with Lenovo, they will offer a higher-end device labeled simply “Moto.”

Said Motorola Chief Operating Officer, Rick Osterloh, “it didn’t make a lot of sense not to cover the market, top to bottom”—referring to their strategy of offering both luxury and economy devices. “We’ll slowly phase out Motorola and focus on Moto.”

In this article:google, lenovo, Motorola