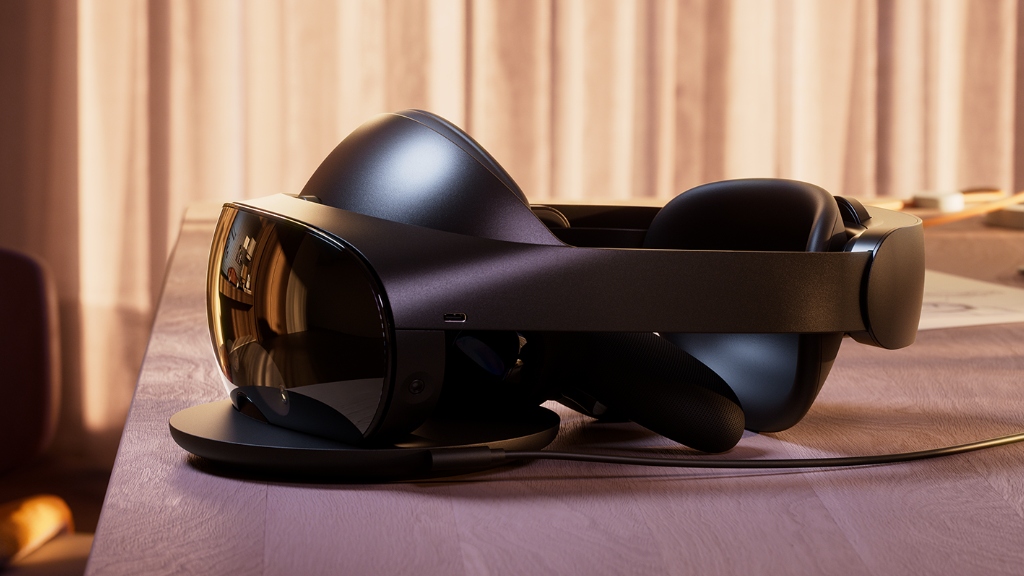 Mark Zuckerberg has gone on record to say that he believes VR headsets should replace the functionality of laptops and PCs. This leaves many folks asking the age-old question, “Are we there yet?” Short answer: No, not quite. The Quest Pro, created and produced by Meta, is the most high-end headset the tech giant makes. Coming in around at a whopping $1,499, the Quest Pro features quite the laundry list of bells and whistles, including  256GB storage, 12GB RAM, 10 advanced VR/MR sensors, spatial audio, and more.

So…what CAN it do?

The Quest Pro is able to seamlessly navigate most websites and web applications, even allowing connection to a Bluetooth keyboard and mouse, if you so choose. Alternatively, you may opt to use the included controls or just hand gestures to browse the web. The powerful headset also allows users to use apps for design, 3D modeling, and even painting. Users may then choose to share their work with clients, colleagues, or friends in a virtual workroom. Quest Pro’s spatial audio and facial recognition avatars will assist the illusion of feeling like you’re surrounded by an audience, even if you’re alone in your home office. In the coming months, Quest Pro plans to launch apps to run Microsoft Office 365, Windows 365, and Teams.

So…what CAN’T it do?

Some folks may be left wondering if the Quest Pro is ready to take the place of their laptop computer, but it’s important not to jump the gun here. Some folks lean on products such as the Chromebook to serve as their personal computer. The budget-friendly line of laptops offers access to Google apps, such as Drive and Gmail, while leaving the fancy features to the other guys. While the Quest Pro is able to breeze through most websites, it’s just not practical to use it as your go-to device.

The Quest Pro is unable to run the app required for writing G-code instructions for your 3D printer. At this time, it may not even be possible to connect the Quest Pro to your basic desktop printer or scanner, which creates limitations if you’re working with documents, photos, or other printed materials.

Another downfall is battery life. The Quest Pro only carries about 2 hours of battery life. You may choose to use the headset with the included 6-foot power cord, but we think most users would find this cumbersome, especially if they need to move about their space freely.

It’s unknown how well the Quest Pro will handle video editing at this time. While it may be possible with cloud-based services, it is best to hold onto your PC for tasks such as this, where you’re already familiar with the interface and efficient with the software.

Despite current limitations, Meta is fully committed to building the Metaverse, so it’s hard to say what may be available down the line from the Quest Pro and other VR headsets. While Meta envisions the public adapting to virtual shopping, workplaces, and social events, the vast majority of users are using their headsets for 1 thing: gaming. The vast majority of internet users will need easy access to web apps and accessories, so we suggest holding onto your PC while letting the Metaverse and VR accessibility ripen. Will you be checking out the Quest Pro or another VR headset?

In this article:Meta, Meta Quest, The News