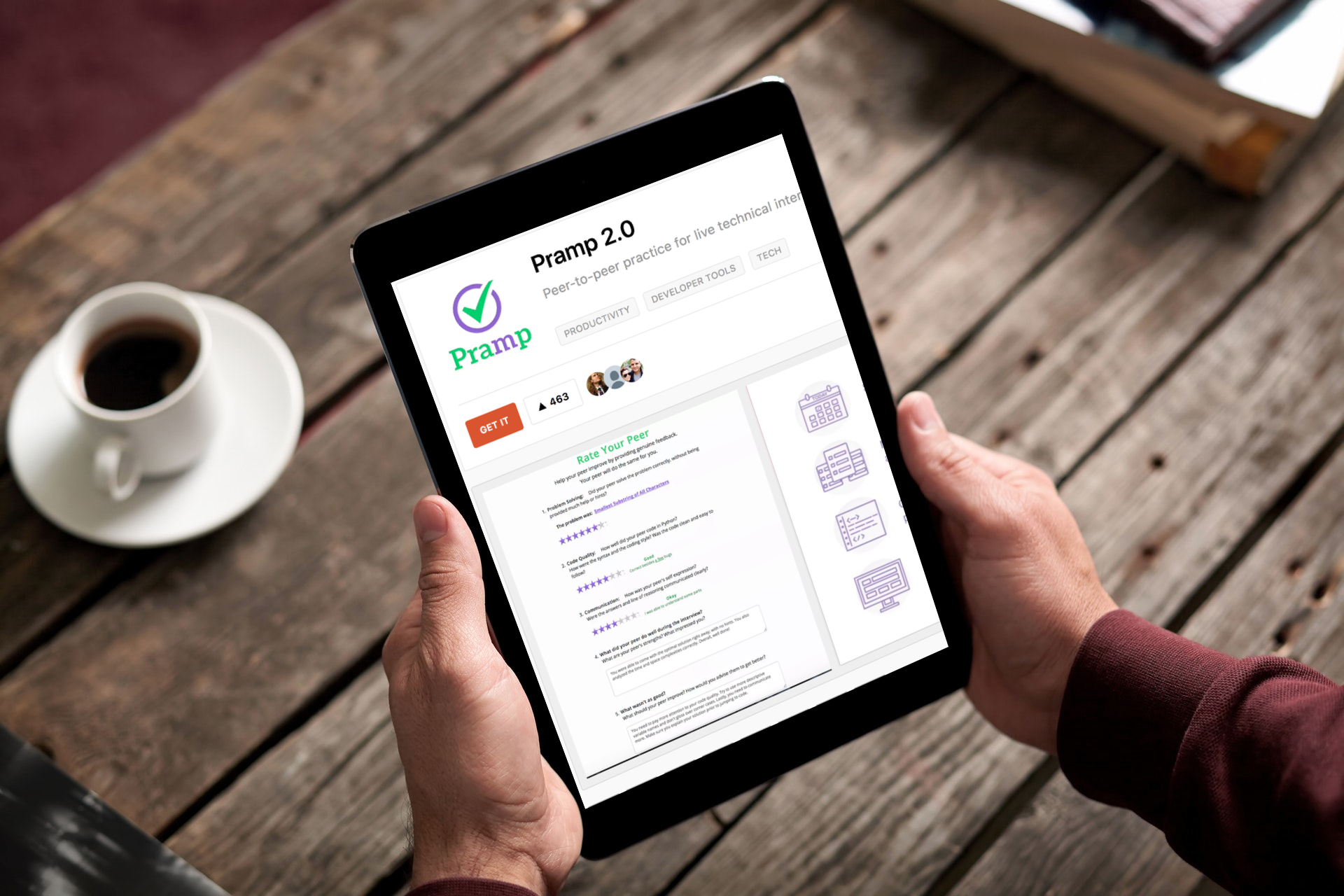 I am fairly certain that when Eminem wrote the first verse of Lose Yourself, he wasn’t talking about performing.

Palms are sweaty, knees weak, arms are heavy, he’s nervous, but on the surface he looks calm and ready sounds more like an allegory about interviews. Luckily Pramp 2.0 wants to help you avoid those feelings.

Pramp 2.0 is a product designed for peer-to-peer practice for live technical interviews. According to its makers, close to 70% of Pramp users have 2 or more years of software development experience.

First, the program sends users the questions and the answers from the interview that they will be asking a full day— that’s right, all 24 hours — before the interview begins. By doing so, Pramp gives their users plenty of time to prepare as interviewers.

Second, Pramp tries ridiculously hard to create a match between users who have the same pogromming language preferences. That means if you’re more of a Java dude you won’t be being interviewed by a gal who only knows Python.

Third, interview sessions have test cases, so even if a user isn’t sure whether their peer’s algorithm is correct they can easily verify it.

Which is nice because if you happen to accidentally add one curly boy without a friend, or perhaps you omit a period, and your peer can’t find it, the odds are the code-check will.

Forth, Pramp tries, whenever possible to assign interviewers (but never as an interviewee) a question you’ve seen before. Therefore, the more times you’ve asked the question, the better you become at asking it.

The most nerve racking part of any job is the interview and I would argue that the racking of nerves is amplified in a technical interview.

Have an interview coming up? Looking to hone your skills? Snag Pramp 2.0 and give peer-to-peer a shot.

In this article:pramp, technical interview, The News