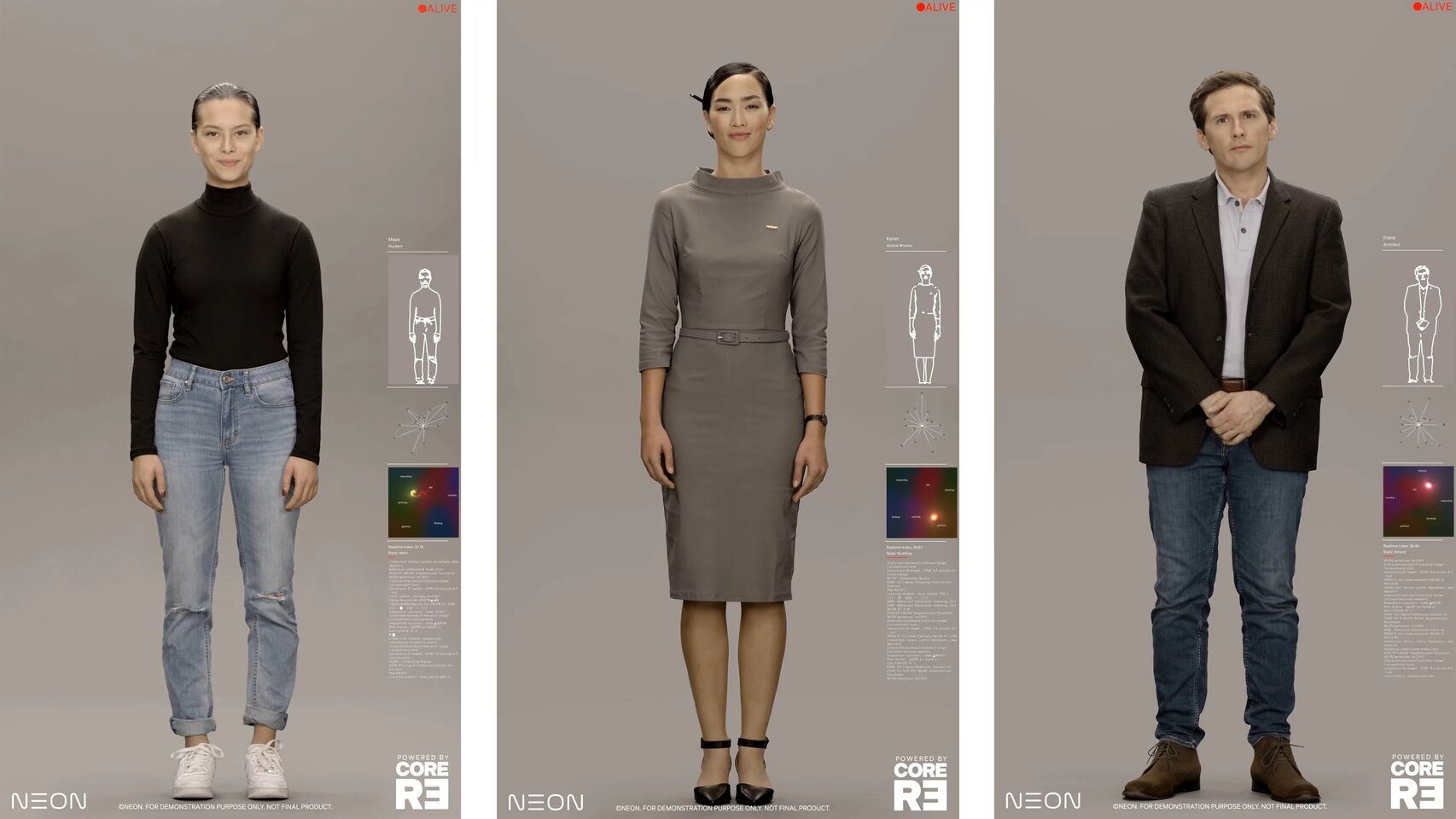 STAR Labs, a subsidiary of Samsung, has announced a project titled “Neon”, an artificial human, to be unveiled at CES 2020 in Las Vegas.

At this point, very little about Neon is known, however we’re likely looking at a the introduction of a digital avatar users can interact with. Speculation of potential uses include for business such as a digital customer service answering calls, redirecting visitors, etc. Or, we could be seeing the next entertainment avatar, Hatsune Miku style.

Neon remains elusive despite the few and vague GIFs (with dazzling graphics) populating their Facebook, Instagram, and Twitter accounts posing the question of “Have you ever met an ‘ARTIFICIAL’?”. Does Bixby count?

Meanwhile, the Samsung Neon description as listed in its trademark file: “Entertainment services, namely, production of special effects including model-making services, computer-generated imagery and computer-generated graphics for the production of motion pictures, videos and movie trailers; augmented reality video production; creating computer generated characters; design and development of computer-modeled versions of human beings using computer animation for use in movies, television, internet and other applications; design and development of software for virtual characters; creating for others custom computer-generated imagery, animations, simulations and models used for entertainment.”

Based off this information, what we can probably expect is a human CGI though how consumers will interact with this new product remains unclear. Expect to see more exciting details during CES in the coming week.