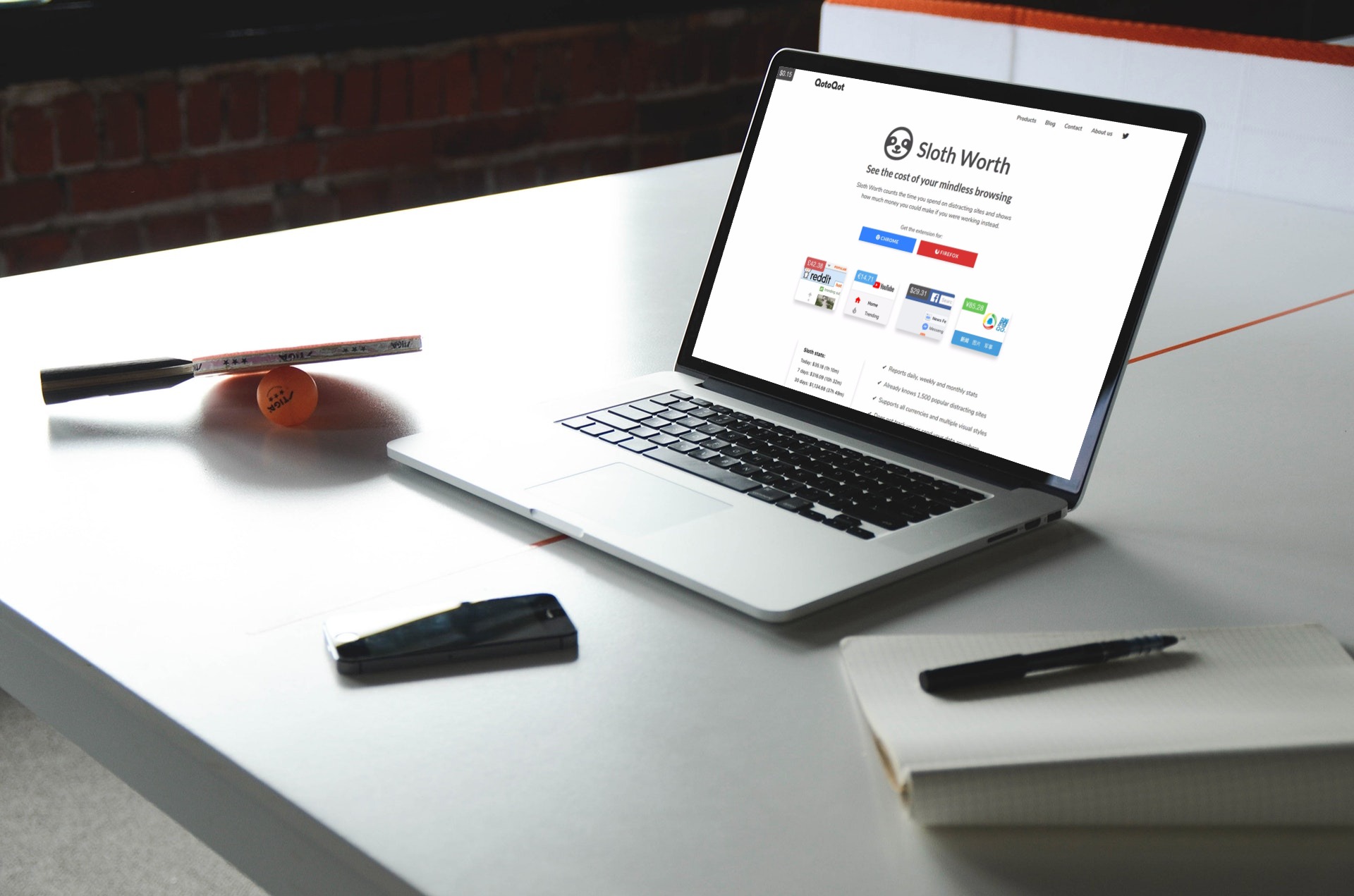 Time is money, as parents around the world remind their children. Want to activate this philosophy in your life? Sloth Worth, a new entry into a long list of Google Chrome productivity extensions, has got your back.

Sloth Worth wants to not just remind you of the constant dangers of the mindless surfing, but translate that waste of time to cold hard cash. You enter in your day rate, or hourly rate, Sloth Worth calculates your time per hour you spend on the web and puts a dollar amount to it. If you’re in the world of freelance, this could come in handy, as you are the driver of the money you make. In a review from LifeHacker, reporter Emily Price stated that while the running clock reminding you how much time you are spending on any website is useful, that there are many design flaws.

Freelancers or salaried individuals who do most of their work in a web-based setting may find little use for it. For starters, a person with the extension cannot flag some websites as “work” or not. This could be troubling if you’re in a field in which you’re doing a lot of web researching, as all internet usage is considered wasted time to Sloth Worth.

However, the principle behind the idea of Sloth Worth is something to consider. A low tech version of its principles could be as simple as setting a timer on your phone every time you get on Facebook, checking the elapsed time, and multiplying it by your hourly rate. Even just setting a timer on as soon as you start browsing could be a low-tech version of staying on top of your productivity. For those who love their tech, there are also other extensions (such as the frequently lauded Stay Focused) that can do similar things to Sloth Worth, without the the clear dollar wasted analogy but with much more functionality.

Regardless of the literal effectiveness of this particular Chrome extension, the philosophy of translating dollar to the time is handy. According to Sloth Worth, I spent $67.48 “writing” this article, after I checked Facebook, email, and the WeRateDogs Twitter account for the twelfth time. The truth hurts sometimes. And if you’re the sort of person who can use Sloth Worth to prevent you from scrolling through a 100 post Tumblr thread of “Greatest Memes in 2017 so far” then you’ve probably found a great Chrome extension match.

In this article:extension, productivity, sloth worth, The News