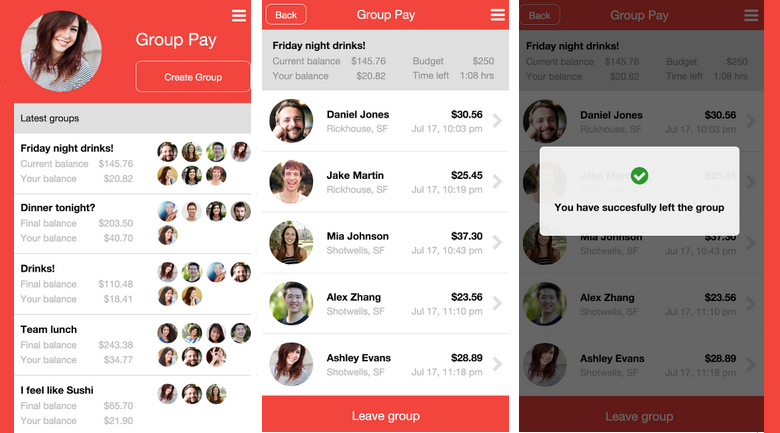 For biz or personal, costs must sometimes be split

You and nine of your closest friends decide that you don’t care about giving the waitress at a local sushi joint a heart attack. You each munch on a little bit of edamame while you wait for your dinner to find its way to your table. An hour and a half later, you wipe that last bit of soy sauce from your chin and pat your stomach.

Read also: Secretly see how your net worth stacks up against people your age

“Oh, the checks? We’re all separate. Did we not tell you that before?” Your waitress’ eyes bulge, and she tries to shuffle back to her computer. “No, don’t bother,” you offer. “We’ll make it easy on you – We’ll all just write our card numbers and the amounts we’re paying on the back of the receipt.”

News flash: You made it harder. And your waitress wishes she could go back in time and spit in your California roll.

If you’re trying to avoid being a royal pain in the neck in situations like these, I applaud you for your awareness. As a reward, I would like to introduce you to Group Pay. The tool splits the table’s bill automatically, so you don’t have to whip out your TI-83 and start crunching numbers.

And if your favorite bar or restaurant supports Apple Pay or Google Wallet, then you’re in the clear. Not only is this a cool and convenient way to pay, but it also keeps your account information and identity safe and secure.

All one of you fools has to do is pay with your app, and the bill is magically separated into bite-sized chunks for you and your friends to digest. And if you’re the kind of person that dips out early because you go to bed at grandpa o’clock, you can easily leave the group and your bill will be settled upon your departure. Easy as pie, huh?

No more taking turns buying rounds of shots. No more asking your friends, “do you have cash? I only have card. Can you give me $17 and I’ll cover the rest?” And, most importantly, no more spit in your California roll.

Popular app’s terms of service give away your medical history, SSN

Show your availability with this USB light indicator on your desk

Xiaomi accidentally sent security video from one home to another

(TECH NEWS) Xiaomi finds out that while modern smart and security devices have helped us all, but there are still plenty of flaws and openings for security breeches.

The reason for setting up security cameras around your home is so the photos can get streamed to your neighbor’s device, right?

Okay, that’s obviously not why most (if any) of us get security cameras, but unfortunately, that scenario of the leaked images isn’t a hypothetical. Xiaomi cameras have been streaming photos to the wrong Google Home devices. This was first reported on Reddit, with user Dio-V posting a video of it happening on their device.

Xiaomi is a Chinese electronics company that has only recently started to gain traction in the U.S. markets. While their smartphones still remain abroad, two of Xiaomi’s security cameras are sold through mainstream companies like Wal-Mart and Amazon for as low as $40. Their affordable prices have made the products even more popular and Xiaomi’s presence has grown, both nationally and abroad.

To be fair, when the leaked photos surfaced, both Google and Xiaomi responded quickly. Google cut off access to Xiaomi devices until the problem was resolved to ensure it wouldn’t happen again. Meanwhile, Xiaomi worked to identify and fix the issue, which was caused by a cache update, and has since been fixed.

But the incident still raises questions about smart security devices in the first place.

Any smart device is going to be inherently vulnerable due to the internet connection. Whether it’s hackers, governments, or the tech companies themselves, there are plenty of people who can fairly easily gain access to the very things that are supposed to keep your home secure.

Of course, unlike these risks, which involve people actively trying to access your data, this most recent incident with Xiaomi and Google shows that your intimate details might even be shared to strangers who aren’t even trying to break into your system. Unfortunately, bugs are inevitable when it comes to keeping technology up to date, so it’s fairly likely something like this could happen again in the future.

That’s right, your child’s room might be streamed to a total stranger by complete accident.

Granted, Xiaomi’s integration mistake only affected a fraction of their users and many risks are likely to decrease as time goes on. Still, as it stands now, your smart security devices might provide a facade of safety, but there are plenty of risks involved.

Entrepreneurs thrive because they are easily distracted?!