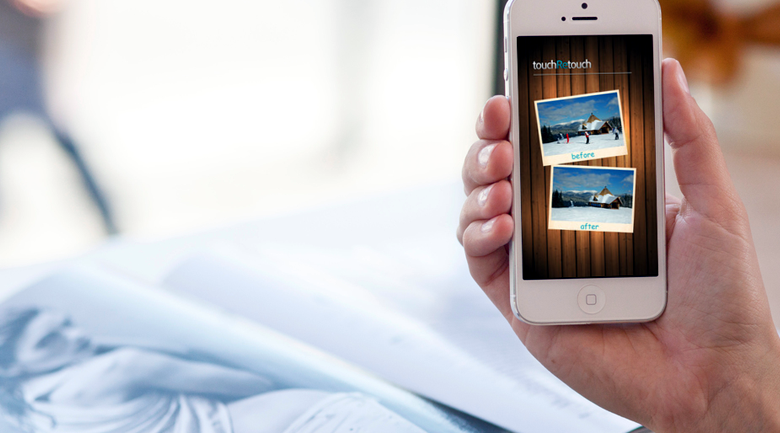 TouchRetouch: a dream for smartphone users

Taking photos is a time-sensitive ordeal as we often seek to capture fleeting moments. Therefore, it is very frustrating that, when reviewing a photo that cannot be duplicated, there is an eye sore photographed as well. Whether it be a piece of trash in a nature oriented photo or a photo bomber in a snap of your friends, it is often difficult to capture the perfect picture.

Sure, you could attempt to Photoshop the eye sore out but that often turns out botched and obvious. Some cell phone cameras include a feature where you can take multiples of the same photo within a few seconds, however background distractions are likely to be in most photos. With there being cameras on so many different devices nowadays, there has been a demand for a tool to eliminate unwanted inclusions within our photos. Recently, an app called TouchRetouch stepped up to the plate to tackle this issue.

TouchRetouch is a tool that allows you to select something you want eliminated from the photo. After that, the app gets to work eliminating that part of the image and uses a sensor to determine what to fill the space in with. You use your finger to draw over the part you want eliminated, and the app does the rest. Once you brush over the part you would like to be removed, the app will evaluate the photo and what is happening in its surroundings. It will then fill in the deleted space with a copies of other parts of the picture.

With different brush sizes and features, this app is the answer the photobomb-haters prayers. Developer Kostyantyn Svarychevskyy says the app will only improve with time as smartphones develop simultaneously. Their plan is to have the app attack more complex backgrounds in the future.

TouchRetouch is available in both the iTunes store and the Android Market for $0.99. While the app does do a good job of eliminating unwanted background noise, the end result is not perfect as it sometimes makes the eliminated background blend into the photo’s focus. However, it does make the photos more clean cut and visually appealing.

In this article:smartphone photography, Technology