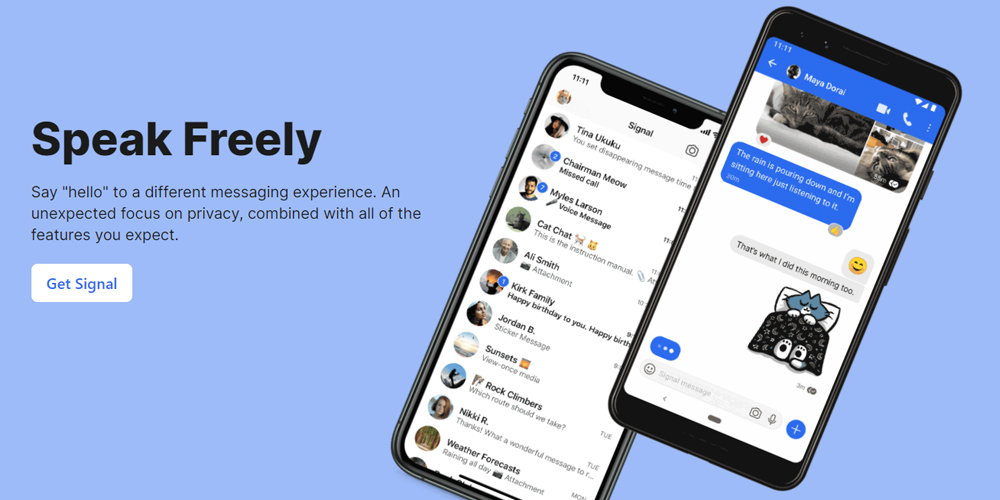 With just a two-word tweet, Elon Musk popularized messaging app, Signal at the beginning of this year. “Use Signal,” the tech mogul tweeted on January 7. Musk urged his followers to start using Signal because of WhatsApp’s updated privacy policy announcement, which raised concerns among people.

On January 6, WhatsApp users received an in-app alert informing them about the company’s updated data-sharing policy. The message asked users to accept the new terms and conditions where they gave WhatsApp consent to share their information with Facebook. The updated policy would be effective starting on February 8, and users who didn’t agree to the changes would no longer be able to use the app.

But, Facebook’s data privacy practices are ones that have been controversial over the years and don’t garner much trust. Musk is recommending people to start using Signal because it offers two key things.

The app offers end-to-end encryption on ALL messages. It protects all text, video, audio, and photo messages, which can only be read by the sender and recipient. If a message is intercepted by anyone else, all they will get is gibberish.

Also, other than your phone number, the free app does not store or collect any other user data. The company is a nonprofit and relies on grants and donations to support development. It isn’t owned by any tech companies and doesn’t have any ads.

“The smallest of events helped trigger the largest of outcomes,” the app’s Executive chairman Brian Acton said in an interview with TechCrunch. “We’re also excited that we are having conversations about online privacy and digital safety and people are turning to Signal as the answer to those questions.”

In a Tweet, the company posted screenshots of app installs jumping from 10 million to 50 million. With Musk’s tweet skyrocketing Signal’s downloads, Acton does have a very good reason to be “excited”.