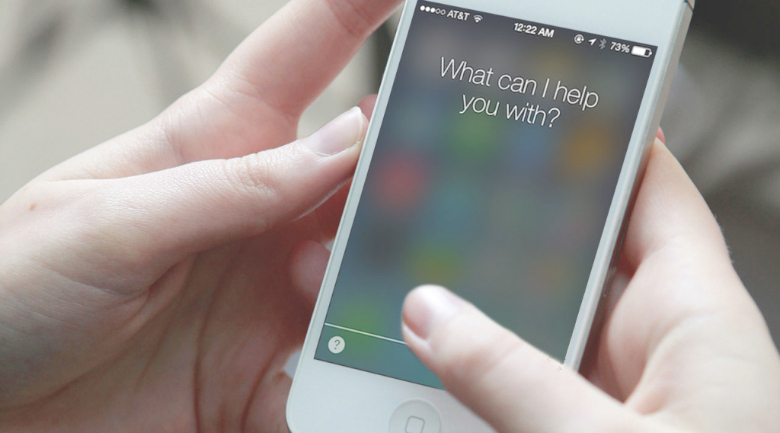 You’re covered in flour and don’t remember how much molasses to add to those crazy ginger cookies you convinced yourself to attempt. Or you’re driving to work, putting on mascara, drinking coffee, and there’s no way you’re going to sacrifice a hand (or your life) for your phone.

Maybe you’re lying in bed and can’t be bothered to lift your oh-so-ponderous device with both hands or type slowly with one strained thumb. These are all good reasons to use a voice-activated virtual assistant – but do they apply to everyone?

A survey last month from HigherVisibility asked 2,000 United States smartphone users about their use of virtual assistants like Siri, Cortana, Google Now, and Alexa. They found that while nearly 28.7 percent of those polled don’t use the feature at all, almost 27 percent use it once a week, and around 22 percent call out to the friendly voice in their phones daily.

Why use a virtual assistant?

There’s something about bossing around your phone out loud that makes you feel fierce. That’s not just me, right?

Over half of respondents use the service while driving, which is encouraging but not great. Hopefully the other half go phoneless when they’re on the road? Safety first, you guys. The two most common smartphone assistants are Google Now (first place) and Siri (second), but interestingly, Alexa gets more daily use than either of the two. In terms of accuracy, survey-takers rated Cortana the highest, followed by Alexa, Google Now, and last, a full 11 percentage points behind first place, dear old Siri.

The top five commands for virtual assistants offered no surprises. People mostly like to order their phones to play music, manage alarms, tell them the weather, look up contacts, and answer fun questions.

Millennials are most likely to use virtual assistants to manage alarms, play music and audiobooks, look up movie times and local businesses, check traffic, and ask for directions, sports scores, and calculations. We sure are busy.

A responsible bunch, gen-Xers like to look up contact numbers, look up songs playing on the radio, create shopping lists, and check the news. And baby boomers are prone to playing voicemails, looking up measurement conversions, managing their calendars, finding recipes, and asking fun questions. Such as, “Will my daughter ever get married?” Well, Mom, Alexa and I have gotten pretty close lately. We’ve moved in together.

In this article:Technology, The News, virtual assistant, voice command