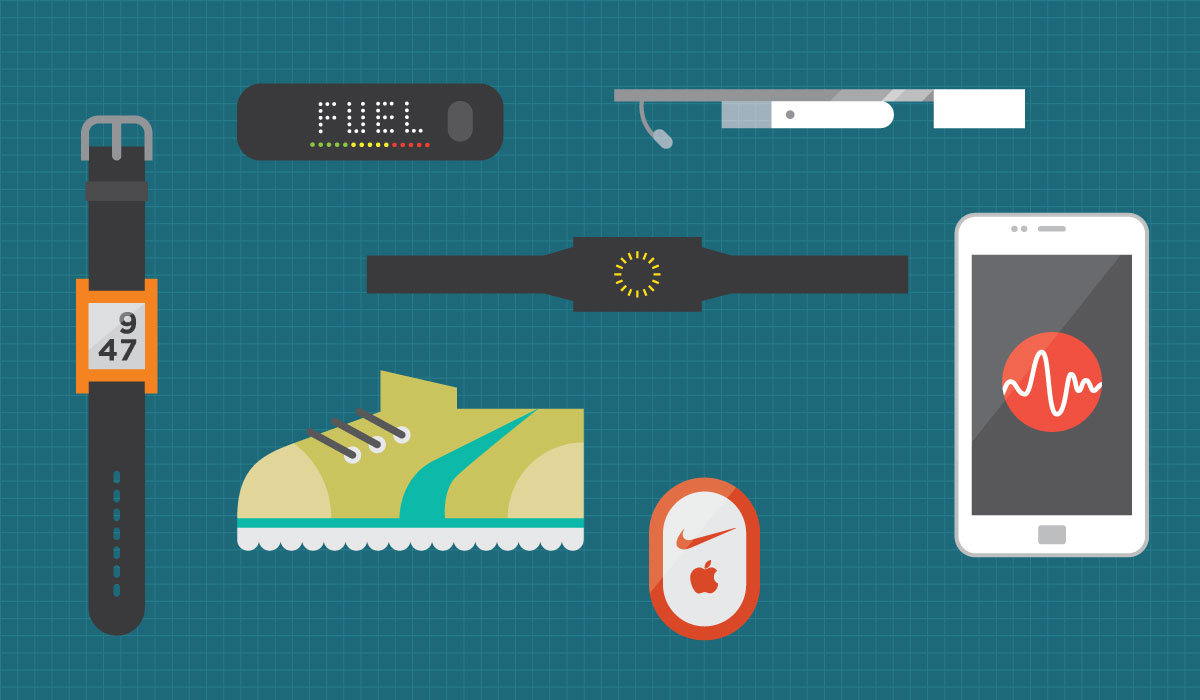 Unlike the calculator watch, wearables are in

Like their calculator watch-wearing predecessors, early adopters of wearables were probably thought of as nerds or geeks. But this is 2016, an age where tech is cool and baby, wearables are in. According to eMarketer estimates nearly 39.5 million US adults used wearables in 2015, and that number is only going to rise. This is especially true in the fitness world, where wearables look to dominate.

Read also: Anyone marketing anything must understand that wearables are now mainstream

The smartest headphones you’ll ever use

The Bragi Dash is one wearable that is still under the radar to the general public, but one that should get anyone who lives fitness or music excited. The Dash is a pair of Bluetooth headphones that not only function as a fitness tracker, but also work as a 4GB standalone media player.

The Dash can even be worn swimming, which is sure to make those laps much easier.

The FitBit Charge has the sort of chunky/charming aesthetic of a Livestrong bracelet and similarly serves to tell people right off that you care about fitness.

Unlike other colorful rubber bracelets, however, the FitBit Charge tracks a user’s activity and sleep habits. You can even check your progress on iOS or Android product paired through Bluetooth, and a small LED screen allows for basic display of steps taken and other data.

When knowing the time isn’t enough

For a little more functionality (and style) you may opt for a full-fledged smartwatch, which are the most popular wearables at the moment. The iWatch has a distinct advantage in that it is one of the few options for use with the Apple ecosystem, but it also has a square-faced geekiness that screams it is a smartwatch- which is, of course what most owners of an Apple Watch want.

The Android market has a much larger proliferation of offerings and styles. The Moto 360 has a round face that doesn’t immediately scream it is a smartwatch, as well as a variety of finishes such as Rose Gold or Stainless Steel.

Pebble offers a pragmatic functionality that may appeal to people that want a watch without quite as much going on as its counterparts.

The Pebble Time Round in particular will tempt casual entrants with a design that is closest to an actual watch. The Time Round has the thinnest profile of the smartwatches at 7.5mm thin, and has a battery sufficient that it won’t stop functioning should you stay the night away from home.

Get your brand wearable

All of the numerous wearables have the iOS or Android ecosystem in common, which means brands have one more portal to consider when strategizing.

Just as mobile devices changed the way people use websites, wearables will change how they will interact with brands in their daily lives. Smart brands will make use of their omnipresence in consumer’s lives while those that fail to adapt will join the relics with non-mobile optimized websites.