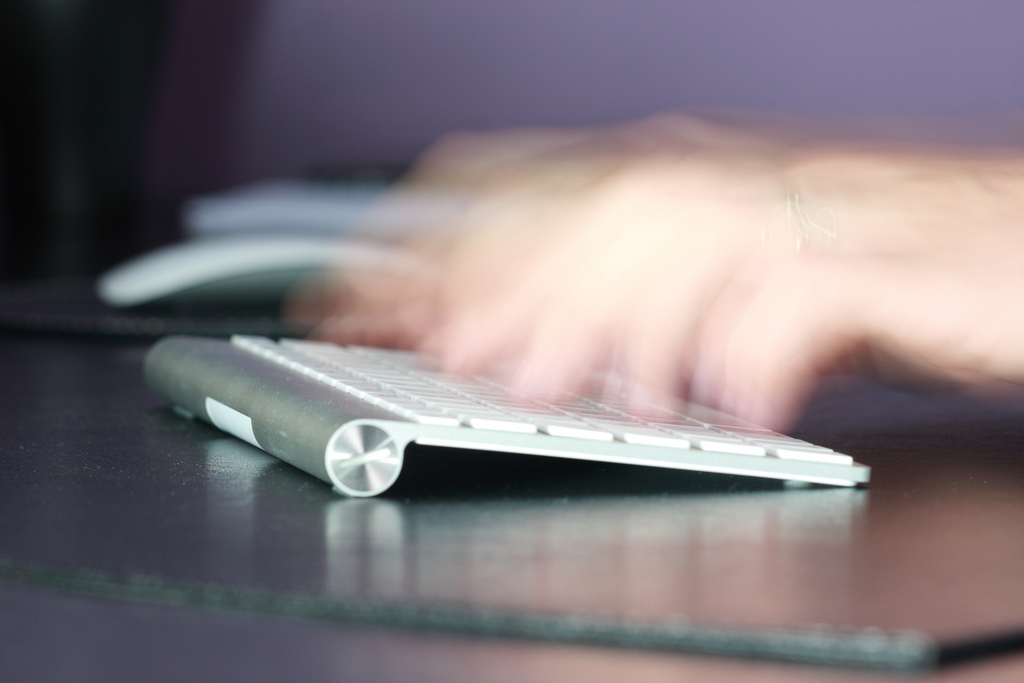 Workers are distracted by technology

On Happening Now on Fox News today, Dr. Gloria Mark at the Department of Informatics at the University of California at Irvine was interviewed about her new research that reveals the average American worker is interrupted every three minutes, and it may take as long as 23 minutes to get back on track. Dr. Mark said that with the proliferation of information today, and the unprecedented access people have to more people and information, the question is not how distracted we are, but how could we not be distracted?

We’ve written about Dr. Mark’s work previously, as she is well known for her research on digital distraction. Earlier this year, Dr. Mark took people off of email, and discovered that email obsession is not only unproductive, but actually has health implications, as the heart rate of a frequent email checker is in constant high alert mode, meaning it does not rest or increase like a normal heart should. Workers taken off of email were more productive and focused, with the implication being taken now that the same applies to social media.

Dr. Mark told Fox News that the distracting nature of social media is “an open question,” adding that “the thing we [do] know is that stress goes up as we multitask.” She noted that too much stress impacts productivity, and that while workers need some stress to keep them going at work, they shouldn’t be so stressed that their health is impacted.

How do we maintain sanity? Here’s the wrong answer:

Dr. Keith Ablow is a long time Fox News contributor and writes for Good Housekeeping and while he has an impressive background, his approach to Dr. Mark’s study proves he is out of touch with technology and modernity. Let’s break down his entire segment, point by point:

“Sooner or later, we’ll take holidays from technology,” taking designated hours, days, or weeks away from technology, as “this level of stress is only going to increase.”

He’s right, the level of stress is going to continue increasing as our culture adjusts, just as the introduction of cars stressed out drivers until user behavior and the technology reduced the stress levels. He is wrong, however in that “sooner or later” holidays will be taken, as many people years ago adopted a technology-free zone for weekends, or after dark, or refusing to take a smartphone on vacation or to relatives’ homes. Old news. Next?

Dr. Ablow continued, “The fictionalization of our lives wherein everybody thinks he or she is a reality tv show, posting (partially fictitious, by the way) Facebook profiles, tweeting about everything you do, like you’re a rockstar, which you’re not, and thinking that you’re so important that you better check the email every second while at work rather than getting any work done.”

Okay, breathe. First, if this is his impression of social networking and email use (aka technology), he obviously has a teenager he is basing his entire theory on. I have a teen as well, and yes, they are glued to their phone, and while I don’t believe my child is so self righteous they must post everything about herself, Dr. Ablow or his teen obviously does. Most businesses use social media now as what I would consider a traditional staple in their marketing arsenal, and the NASDAQ posting stock quotes, the Pope tweeting prayers, doctors live tweeting surgeries, and artists sharing their works on Facebook is far from “reality tv” behavior.

In response to the statement from the anchor, “but we don’t want to miss antything,” Dr. Ablow responded, “You know what? Benjamin Franklin, Thomas Jefferson, and Albert Einstein didn’t have email or tweeters, or whatever, Twitter, and they did just fine for us.”

Seriously? You’re opining based on innovators of yesteryear? Imagine if they had email and a web community wherein they could all communicate their ideas and expand them, and if they had been able to do so, would they have mastered more innovations in a shorter period of time and actually been able to do more before they died? We’ll never know, but you get the point, it’s a bunk theory that because they didn’t have modern technology, they did just fine – they could have achieved more. Maybe.

In closing, my favorite portion of Dr. Ablow’s statement is that technology “is distracting, conveys people away from themselves. It’s a drug and it’s no different than any other drug of abuse. I promise you, people say ‘this is bad for me, I don’t want to do this anymore,’ and they’ll tweet that out. It’s a formula for disaster.”

I recently heard of people that did so many internets that they began convulsing and died in an alley, and someone was busted up the street and charged for posession of internets with the intent to distribute, and they’re going to be locked away for life. I met a girl recently that had done so many tweeters, her cheeks were sunken and her teeth were falling out and her husband had recently been incarcerated for overdosing on Facebooks and almost beating her to death. Please. It’s addictive and many studies not cited have proven as much, but it is not the exact same as every drug of abuse.

So what is the answer? How do we maintain our sanity?

Dr. Ablow is often right on, he is extremely well educated and well informed, just not on this particular topic – he must have been the only person available. Although I didn’t scream at the television (maybe I did), many ways to maintain sanity and avoid distraction came to mind, here are my quick tips:

There are endless ways to keep your day focused, we’ve been covering them for years, and using the excuse that the internet is a drug, so you just shouldn’t do it is completely unfeasible in today’s world. Stay focused, use technology to battle technology, and if you want to dig deeper into productivity tips, read years worth of tips, tools, and tricks to help you navigate the waters.

In this article:productivity, small business, Technology