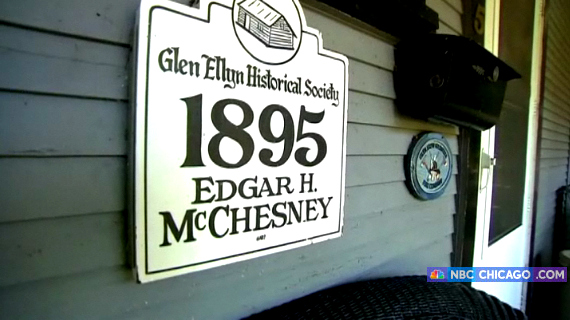 In 1989, Linda Hatchell saved a 19th century Victorian home that a church planned to demolish in order to expand, and for one dollar, she became its new owner so long as she was willing to pay to have the structure moved. For $50,000, the roof was removed, and in two pieces, the house was moved to its new spot in Chicago and reassembled which left damages she paid to repair to meet city codes.

Hatchell says the restoration she has been working on ever since has cost her hundreds of thousands which she has paid for with credit cards, by taking extra jobs, taking out a mortgage, and refinancing. She stayed up on her payments until she lost her job and shortly thereafter was diagnosed with cancer in 2009 leading to hefty medical debt. One year short of being mortgage-free, Hatchell is being foreclosed on

“It wasn’t financially possible for me to keep the house, but I wanted to try to stay here as long as I could,” she told NBC Chicago. She is now selling the house to pay off her mortgage.

Hatchell has a unique situation, but one that reminds us that it is not just irresponsible flippers or subprime borrowers that are the face of foreclosure today, it is now the face of every day Americans.