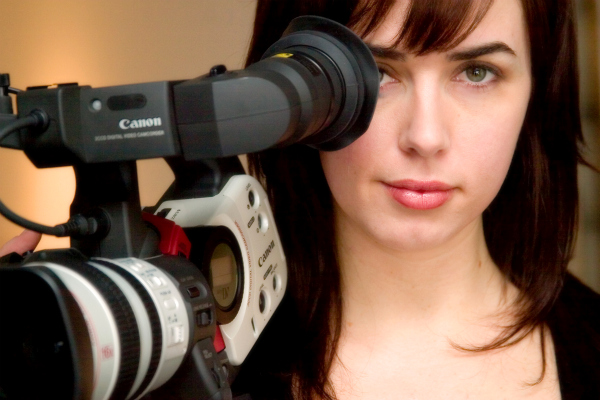 Video on the rise

According to a report today from comScore, over 200 billion web videos were viewed globally in the month of October with YouTube delivering 2 of every 5 videos worldwide. The report reveals that in October 201.4 billion video views occurred, comprised of 1.2 billion video viewers over the age of 15.

Google, which owns YouTube was the top video destination with nearly 88.3 billion video views for the month, accounting for nearly half (43.8 percent) of all videos viewed in the world. Google was followed by Youku (out of China) with 4.6 billion video views and VEVO with roughly 3.7 video views.

Although only the fourth largest video viewing destination, Facebook saw 2.6 billion video views and accounts for 1.3 percent of all videos viewed online in the world.

Canadians love web videos the most

Canadians watched an average of 303 videos per user in October, followed by Americans who watched an average of 286 web videos per viewer. The UK, Turkey and Germany round out the top five countries for highest video penetration levels. Fully 93.6 percent of web users viewed online videos in October, making it the country with the highest share of users viewing video. Canada follows with 90.9 percent of web users viewing online video.

According to comScore, “Although markets in Latin America showed lower overall engagement with online video compared to their counterparts in other regions, Chile, Argentina, Brazil and Mexico ranked among the markets with the highest penetration, highlighting a significant opportunity for marketers and advertisers as these online video markets continue to develop.” 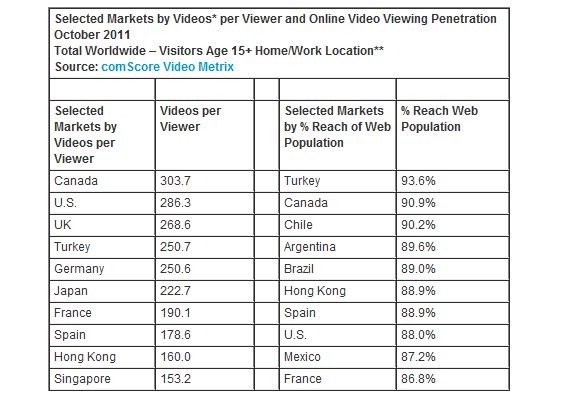 According to comScore, “A video is defined as any streamed segment of audiovisual content, (both progressive downloads and live streams). For long-form, segmented content, (e.g. television episodes with ad pods in the middle) each segment of the content is counted as a distinct video stream. Excludes views from public computers such as Internet cafes or access from mobile phones or PDAs.