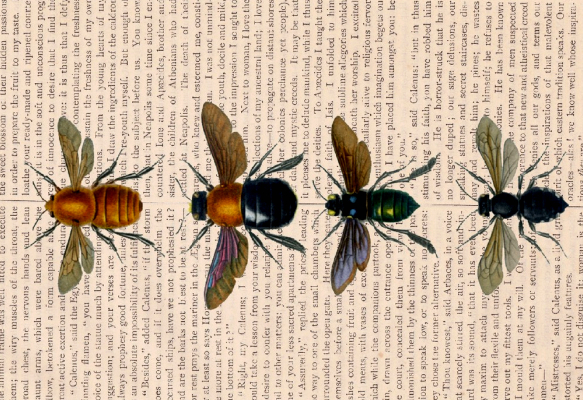 The video above is not only entertaining, but is technologically amazing. Touchscreens rely on an electric connection created by our fingers and is so sensitive and accurate that even a fly can manipulate a touchscreen.

Smartphones, tablets and computers have ditched the stylus for the human finger and has become extremely accurate, regardless of platform. What is exciting to us is that we remember in recent years using technologies that lagged, didn’t always work well with human touch, scrolled slowly or in a jumpy manner, and the accuracy of the desktop being operated by a fly represents to us how rapidly technology is improving and shifting.

What’s next for technology?

Apple is making headway by filing for some creative patents that are just as exciting as touchscreen. Apple has applied for a patent on new stabilizing technology which could be added to FaceTime Videoconferencing that automatically recognizes a video conferencer’s face and keeps them centered in the image.

Apple is even working on a new social networking app that recognizes an iPhone or iPod user’s GPS location and points out which of your social network connections or friends are nearby, where they are and more.

Last year, we introduced you to sixth sense technologies developed by Pranav Mistry who spoke at TEDIndia about technologies that “that help the physical world interact with the world of data” ranging from the simple mouse ball technology that he used to create a glove that told his computer what his hand was doing, all the way to a neck-worn computer/projector that turns even a basic piece of paper into a laptop. Unlike most futuristic innovations, this technology is simple and only costs a few hundred dollars. In early 2010, we deemed this the first actual technological game changer we’d ever seen.

While the touchscreen is amazingly manipulated by the current of a bug’s legs, there are many technological innovations we are experiencing today that ten years ago would have been unheard of. Tell us in comments what your favorite innovation has been.