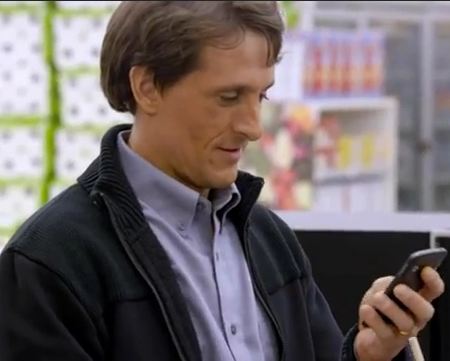 Although iPhones and Androids currently reign supreme, there is a growing sentiment that maybe the Windows Phone isn’t such a horrible option, a sentiment that Microsoft has clearly picked up on with their current television campaign, starting with the video above. Could they be the fringe phone that catches people who aren’t die hard iPhone or Android (or BlackBerry) fans?

The video above is simple and fun, and grabs the attention not only of the dads of the world who are so clever, but of the moms whose gears are surely turning as well. Despite apps that are interactive in the manner shown above, Windows Phone is asserting that it is their device that best serves the interactive needs of a modern family.

In the ad below, Windows Phone presents the Far East Movement, which looks to us as if they are looking to appeal to hipsters and young people, two groups that Apple has traditionally had a tight grip on. Could their research indicate that Microsoft isn’t just a family brand? It looks to be so:


With the slowly dying Research In Motion (RIM) BlackBerry brand which recently reported hemorrhaging quarterly losses, Windows Phone could swoop in and become the fringe device of what will eventually be disillusioned BlackBerry users and people who have tried iPhones or Androids and have been less than thrilled (yes, it happens).

Tell us in the comments, what do you think of what you have seen of the new Windows Phone? Would you buy one or would you stick with what you currently have?