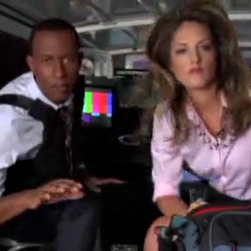 FourLoko launched in 2005 in gas stations and grocery stores across the nation, a simple drink with four ingredients – taurine, guarana, caffeine and alcohol. Since the experimental launch, the company has found itself in the hot seat after the drink became popular on college campuses and kids kept ending up in the hospital after binge drinking on the sweet drink. Attorneys general, politicians, doctors and federal regulators have called Four Loko out and are actively campaigning to ban the drink (which they have successfully done in some states). In 2010, they were forced to remove caffeine from their drinks and now have to have a resealable caps to discourage binge drinking.

The company has launched a new video campaign aimed at the news coverage of the drink and we want to know if you think it’s a brilliant marketing campaign or a disgusting plea for more attention?

Note: the video has bikini-clad girls kind of kissing, you may not want to watch this provocative video in front of your boss…

In this article:Marketing, viral video