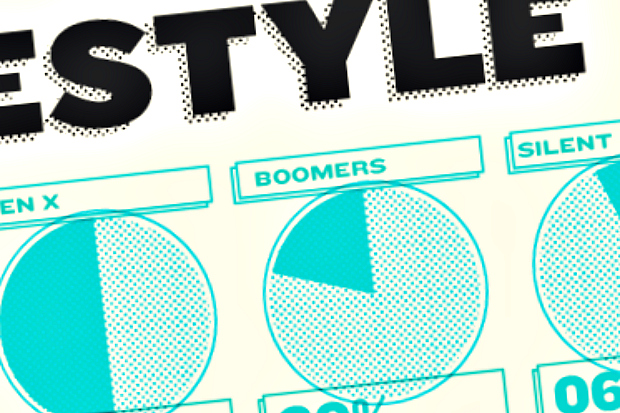 Although one in three millennials rely on their family for financial assistance and many have moved back in with their parents due to this demographic having the highest unemployment rate, this will not always be the case. Millennials are aged 18 to 29 and various studies say their buying power has already exceeded the baby boomer generation, despite economic struggles.

This generation is highly connected, with almost the entire group owning a device that connects to the web (laptop, smartphone, computer) and they are extremely brand aware with some opining that this generation is more socially conscious as a whole than past generations.

Three reasons millenials are a challenge

Millenials are not difficult to reach, they are almost all online, but getting this generation to latch on to a marketing message is trickier than simply mailing a postcard. The digital natives grew up with computers and are far from impressed with technology as it is something they have always lived with. This sentiment of being unimpressed applies to digital marketing as well, as this generation is cynical but not in the way Generation X is cynical, no, millenials tend to be cynical of all marketing not because it is part of the corporate or government machine, rather, having grown up in the era of email spam, everything that contains a marketing message is seen as dubious. Being part of the email spam generation and never knowing life without it, millenials are also part of a generation that had a cell phone in grade school and got in trouble for responding to spam text messages promising them fun ringtones but not making it clear they were signing up for a $9.99 monthly fee.

The amount of spam that millenials have had to learn to distinguish from legitimate marketing messages has made a generation that is dubious of all forms of marketing, even traditional forms. Additionally, because millenials grew up with Google and some grew up with Wikipedia, so the generation is conditioned to be internet researchers which often comes across to non-millenials as a “know it all” attitude and professionals find it annoying that every detail they share, Google is how millenials verify. This is not because millenials do not believe you, rather, it is because they are conditioned to use the web to verify everything from what device they’ll buy next to what the service is like at a restaurant they want to try, to what this rash is, all the way to how much they should be saving to buy a home.

Further, millenials have very short attention spans having grown up surrounded by digital devices delivering various messages, combined with diverse and complex video games and the rise of cable television with thousands of channels. This very theory is why Twitter initially experienced mass success as 140 characters is a reasonable amount of content for a mind used to taking in thousands of marketing messages every day.

How do you as a business professional market in a climate where every message is suspect, everything you say is validated via Google and attention spans are short? Millennials do not want your instructional DVD and they do not want you to blog about how to tweet or when a local carnival is, they want straightforward facts. This generation is drawn to minimalist design after growing up being bombarded by clunky websites and spam over text and email.

Combine straightforward facts and minimalism in your message, and mix in some of what is appealing about video games and digital publications in the form of humor or pop culture, and your message could get through.

The secret ingredient, however, is still the same secret ingredient that has worked since the dawn of time – getting face to face with a millennial will cut through the clutter and improve your chances of doing business with this large and soon to be wealthy next generation of buyers. How do you get face to face? You do not have to go to concerts and hand out your card, you are not required to go to hipster coffee shops and offer to buy coffee for trendy dressers, because millenials are dubious of any forced marketing.

Having a strong online presence and presenting yourself as the expert in something specific will set you in a position to be discovered and vetted online first and then closing the deal in person. While it doesn’t hurt to be where millenials are, like young networking events, the generation is still being primed for major purchases and when they are ready, they will start online with any purchase before emailing or texting, they will read through your blog to see what you offer and “creep” your Facebook and LinkedIn to see what you are like as a person. Getting millenials to buy from you means showcasing a specific expertise, being concise and cutting out the fluff and cheesy marketing messages, and through that expertise, earning their contacting you which should then be converted to an offline meeting as soon as possible to finalize the trust bond.

As told by a millennial below, the generation is well educated, hopeful, but held back by the current economy. In the next few years, when the generation improves its buying power, it will be a force to reckon with and you will be ready by knowing about the generation (below) and understanding that they are a dubious generation that vets everything online and has a short attention span which has nothing to do with you, but must be considered in your marketing.

This article was penned by a millenial to give you a better understanding from an insider.

In this article:infographic, Marketing, millenials