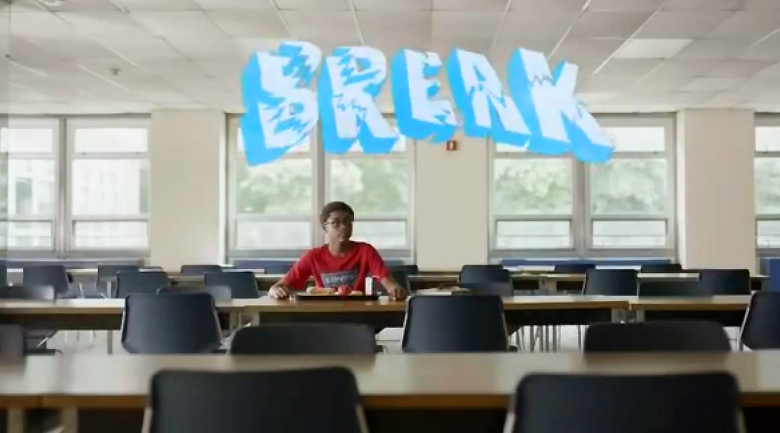 I’m probably going to get into trouble for bullying in this post, but I’m prepared for a deeper discussion on the topic. Many upset customers have taken offense to one of JCPenney’s back-to-school ads, claiming that it promotes bullying. Watch for yourself:

Did you catch it? Honestly, I wouldn’t have if I wasn’t looking for it. The scene in question is when the kid is at the table in the cafeteria, and the mom states that when buying school clothes, she’s “…been told this stuff can make or break your entire year.”

First of all, I cannot stress the importance of anti-bullying initiatives. I get that, I too am a mother, and I am a firm believer in a no-bullying policy across the board.

Hard to spot the bullying

That being said, I honestly cannot see how this particular ad encourages bullying. The voiceover states the idea of the year going in a positive or negative direction… and when the kids disappear, it’s an illustration of the school year not going so well. To say that it encourages bullying seems to be digging a little deep.

It would be one thing if they showed the stereotypical school bully punching his fist while walking toward the poorly-dressed student, but the actual scene is nothing of the sort. Essentially, we’re being told that all of the cool kids wear clothes from JCPenney.

How effective would their ad be if the message they conveyed was, “We have cool back-to-school clothes. As does Sears, Target, Gap, and your local thrift store. Here’s a trophy for simply covering your body while simultaneously breathing.”

No wait, we’d probably hear from the National Asthma Foundation or something.

The company issued a statement saying, “Our intent was not to trivialize or promote bullying. At JCPenney, we’re committed to carrying a broad range of styles that let kids express their individuality and make a positive first impression. Our marketing is meant to inspire kids to create and reveal their look as they head back to school this season. The ad is part of a handful of back to school TV ads we are airing this season. It aired earlier this summer as scheduled but is not currently part of our TV campaign.”

Again, bullying is a serious matter, absolutely. But this just seems like a slight overreaction. In the unfortunate event a bullying situation occurred, could it be traced back to the department store clothing purchase? With the ad, JCPenney has just chosen to simply say, “Buy our clothes… all of the cool kids are wearing them.” Elevating their product above the competitors’ – isn’t that the point of an advertisement?

In this article:advertising, jcpenney, Marketing