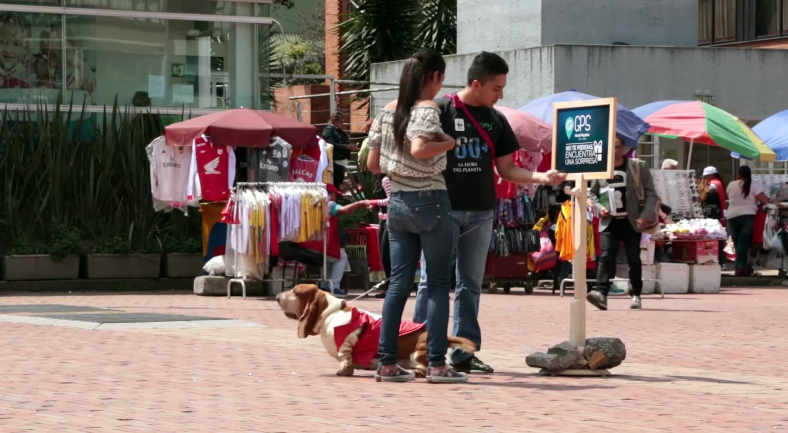 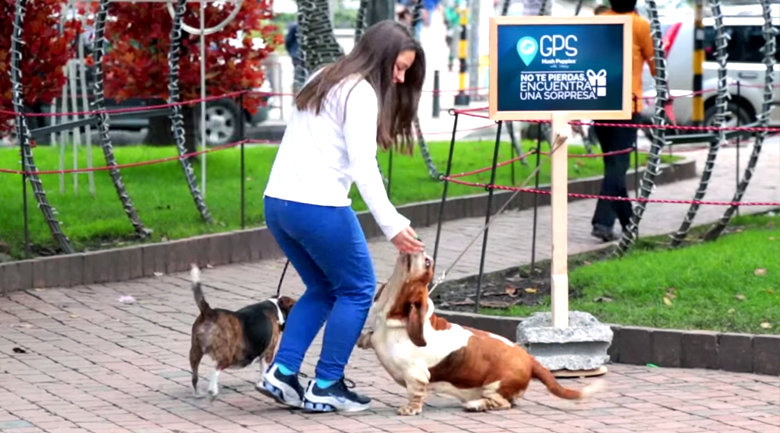 Marketing with a puppy! Yes!

You’re walking through the mall, dead set on making it to Cinnabon before you seize up from low blood sugar. A gentleman in khakis and a polo says, “Excuse me, might I have a moment of your time? I’m handing out free—“ Too slow, sucker. You proverbially stiff-arm the guy and march forward without missing a step, bathed in an “Ain’t nobody got time fo’ dat” indignation. He could have been handing out free hundred dollar bills, and you’d never know.

Well, although you could have been a bit more polite, that doesn’t mean that the rest of the world isn’t just as tired of sales pitches as you are. Companies like Hush Puppies are keen to this idea.

Now picture this (and keep your eyes open). You’re walking through that same mall with that same determination to snag that same snack. Instead of coming across a sales representative, or even a stranger dressed in business casual, you catch a glimpse of a big floppy puppy tied to a post. Naturally, you walk up, temporarily overlooking your diabetic crisis for the cuteness of an animal that seems to be all by his lonesome. The post instructs you to lift the dog’s leash and follow him in order to “find a surprise.” Your curiosity has peaked, and your hunger is now sitting passenger, without any say in the matter.

The frumpy dog leads you to a shoe store, where an employee hands you a coupon. Well, I’ll be darned, I’ve been had. By a dog. Too impressed and entranced to bail now, you decide to throw down a few bucks and redeem the coupon right there on the spot.

I’ve talked about guerrilla marketing before, and this definitely takes some influence from the Skinnerian school. Follow this dog and we promise something cool is on the other end? Sign me up. The adventurer in all of us is dying to follow a rainbow to the pot of gold, we just didn’t have a tour guide until now. Good thinking, Hush Puppies.

Where to watch, rate, get inspired by Super Bowl ads

Facebook Places – make love, not war by claiming your Place

Perhaps you’ve heard?  Facebook recently released a new Check-In feature called Places.  Mostly, from what I read, people who comment on these sorts of...

It’s like some sort of invisible roadblock stops folks dead in their tracks, washes defeat over them, zaps their enthusiasm and causes them to...