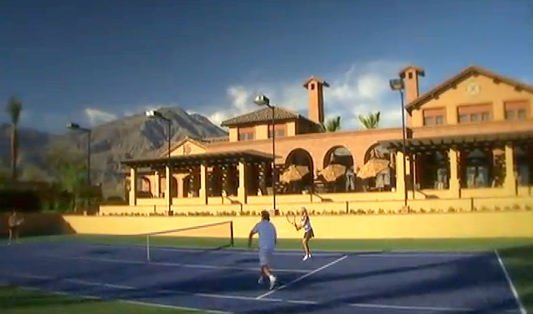 In March we asked if QR codes could be a passing fad and opined that indeed, they are a novelty given the potential for augmented reality.

We noted that it is simpler and more effective to offer a shortened, memorable URL for visitors to type in rather than download a QR code reader (if they can understand how or why to do that) and open the app, scan a code, and blindly go to a website that could be a virus for all anyone knows, given there is no protective systems in place yet.

Not everyone agrees, however. Real estate videographer Chip Gremillion of Originamics.com created the video above which is the final destination of one marketing campaign employing QR code technology.

We asked why he relies on QR codes for some campaigns rather than simply offer a shortened URL. “There is a place for both,” he said. “If you can create a short, catchy URL that works great to create brand on billboards or any visual from a distance. A catchy URL will certainly be successful in “creating action” from some mobile platforms from magazines, etc.”

Gremillion continued, “That said, QR codes create impulse response and that is growing. As QRC acceptance continues its growth, scan and view may well become a method of increasing print advertising efficacy. This will be particularly true if the print ad and the QRC launched video relate to each other.”

Bringing a new dimension to print

“QR codes represent the ability to present listings via video without the cost associated with television airtime. In most cases print budgets are already allocated, and as you know the introduction of QR codes is virtually cost free. The launch of a single video, or a link to an HTML page with thumbnail activated videos brings a new dimension to print,” Gremillion noted.

Gremillion has a background in video production and commercial shoots, so his take on what viewers want is interesting. “The key is, not to belabor the viewer with the agent. A buyer wants to see the listing and be able to choose to contact the agent. No one likes to buy a car because of the “salesperson”. The soft sell with a soft “call to action” worked on our nightly program for 24 years. It also launched our VOD cable channel with Time Warner Cable which garnered the first or second highest viewer count of all free “On Demand” services offered by Time Warner. At the time, it was not possible to track or respond to individual viewers. Obviously this is not an issue with the Internet.”

In short, his theory is that the ability to track and add an extra dimension to print advertising while lowering costs is certainly appealing to any marketing budget. Whether or not QR codes are a trend that will eventually go away, Gremillion is taking full advantage of them in real time.

–
Below is a commercial length video as another sample of a final destination for a QR code used in print (note: we believe professional production will yield a higher return than a layman’s point and shoot camera uploaded to a Mac video editor).