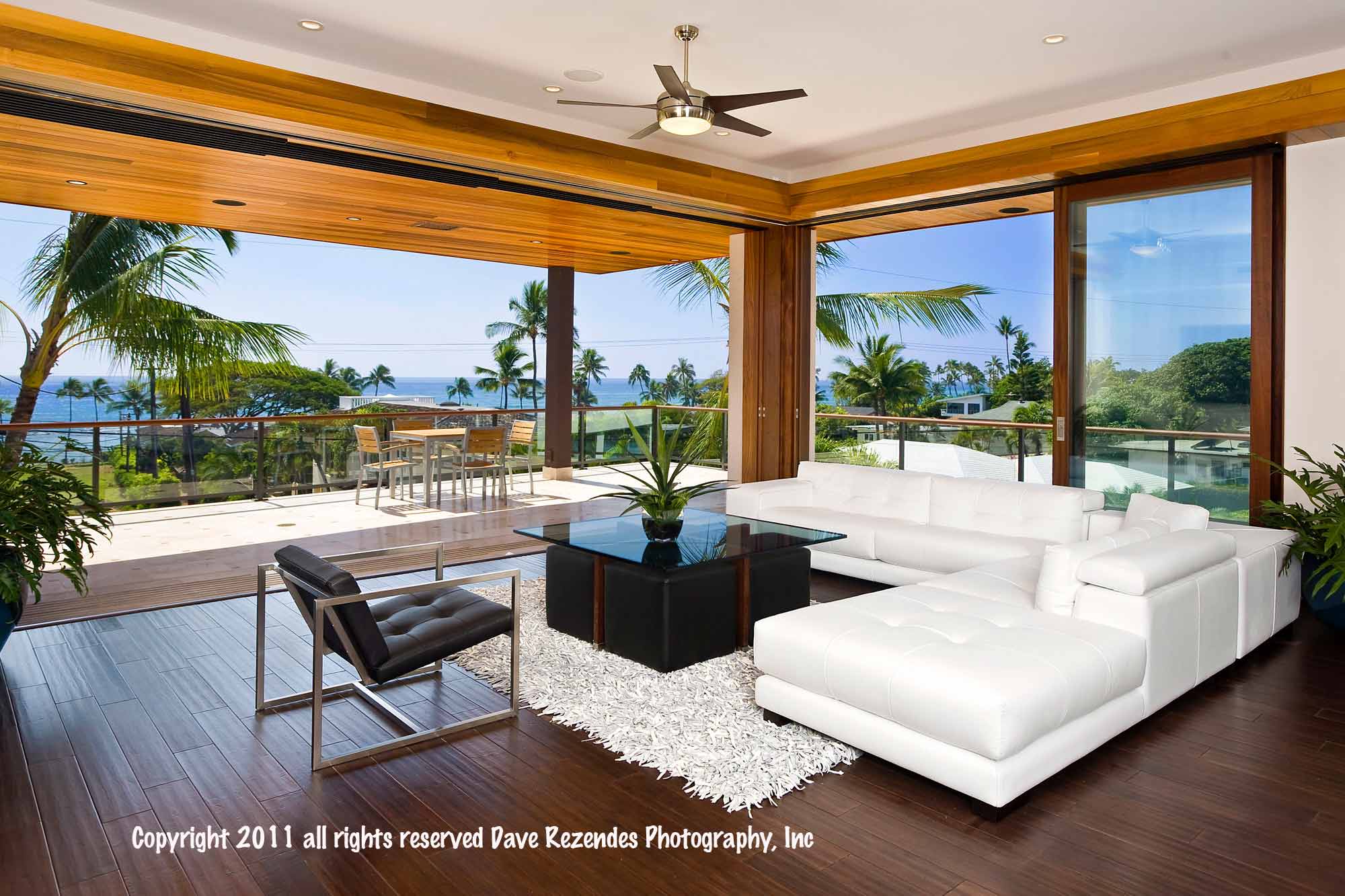 The above image won the best real estate photo of the year, which Rezendes captured in Honolulu (click the image above to enlarge). Regarding the image, Rezendes said, “Living here in Hawai’i there is a great opportunity to see and shoot some of the most beautiful homes in the most beautiful locales in the country. This home, designed by Long and Associates AIA, Inc, is no exception by any means. The biggest challenge with this shot was preserving the view and keeping it as natural as possible as it becomes part of the living space. The view was masked in and had to be appropriately managed to be realistic with the amount of “pull”  there was on the floor. Studio flashes were set up directly to the left of the camera and one to the far right near the corner. Getting good white balance and flash intensities was critical to give the proper effect to the white leather couch, which was a bit of a challenge.”

In this article:photography, real estate photography