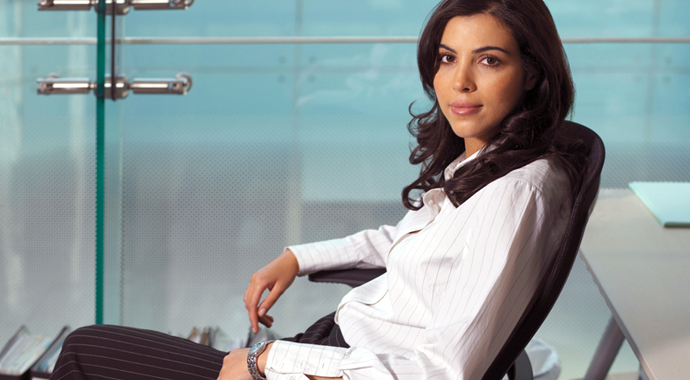 More than half of Millennial women say they proactively manage their career, yet only 45 percent asked for a raise. Two in five feel they are more underpaid than other generations and one in three describe their career path is stangnant and 59 percent are dissatisfied with their jobs, yet they indicate they do not plan on leaving their current employers, most citing flexible work arrangements for keeping them around, according to a recent study by Accenture.

Millennials, also known as Gen Y are people born roughly between 1980 and 1995 and make up the youngest members of the workforce. The generation is complex in that most millennials own hundreds of dollars worth of devices, four out of five Americans under 30 are not married, and they were raised with gender equality taught in schools, yet the crushed economy has led to one of the most unemployed and underemployed generations of today with new college graduates earning roughly 8.0 percent less than graduates 10 years ago.

The Accenture study is quite telling of this generation, but particularly of women who were told by their parents, their school, Disney and the internet that they are equal to men. Many women continue to choose career paths that are traditionally female and take roles that their male counterparts graduating with them would not, despite equal education levels.

Millennial women said that the greatest barrier to their career advancement is a lack of opportunity or a clear career path (42 percent), more than double the 20 percent who said the biggest barrier is family responsibilities. One hopeful sign, however, is that one in three said there were no barriers to their advancement which is quite a show of confidence compared to just 20 years ago.

When asked about factors that have slowed their careers, 44 percent of respondents cited the economic downturn, which started in 2008, and 40 percent cited parenthood.

One in three work longer hours to get ahead

Most said they are actively managing their careers by accepting different roles or responsibilities (in 58 percent of respondents), pursuing more education or training (46 percent), and working longer hours (36 percent). Confidence, soft skills and hard work were cited as the three attributes most important to career growth.

One in three say they seek career advice from colleagues and family most, and it is fascinating to note that almost all (77 percent) say the gender of the person giving career advice is not relevant.

While more than two-thirds (71 percent) of respondents reported having work/life balance most or all of the time, 42 percent said they often sacrifice time with family in order to succeed, and 41 percent said career demands have a negative impact on their family life.

Although many (73 percent) of the respondents with a spouse or significant other said that person also holds a full-time job, that boils down to one in four Millennial women as the full time bread winner, a scenario that would have been unheard of in our (Millennials’) grandparent’s era.

Millennial women are hard working and most are actively pursuing career advancement, yet more do not ask for a raise than do, as opposed to their male counterparts who more frequently ask for the raise. Women are being trained to communicate well in the workforce, to manage, to lead, to work hard and get ahead, but how to ask for a raise is not being taught in American universities, and whether it is the economy or a fear of rejection that is causing Millennial women to not ask for that raise, this has to change.

Millennial women are citing hard work and confidence as the way to get ahead, not stepping on others, which is welcome news in an era where women are truly becoming equal in the workplace… this generation doesn’t fully know what an unequal workforce looks like, and today’s young businesswomen are working hard to get ahead and the idea of the glass ceiling is crumbling with each confident young woman that joins the board room.