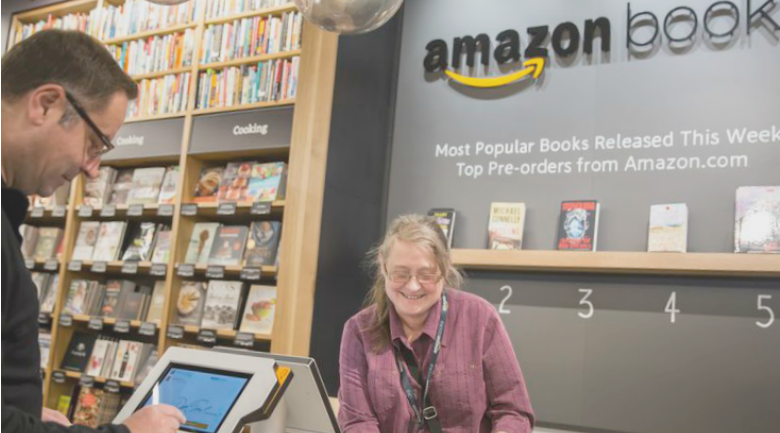 Amazon gets even better! Right? …right?

Remember back in November we were a little excited to hear that Amazon had made the decision to open a few brick-and-mortar bookstores? It gets better: Amazon has decided to open hundreds of physical bookstores. I know, you’re still skeptical; especially given the fact that Amazon (and online retailers like Amazon) were the primary reason for stores like Borders and Barnes and Noble’s ultimate demise.

While it is true that online retailers like Amazon, nearly killed bookstores nationwide, it’s hard for me to dislike any retailer selling my hardcore addiction that is books. According to WSJ, Sandeep Mathrani, the CEO of General Growth Properties, mentioned during an earnings call that Amazon has plans to open approximately 300 to 400 bookstores across the country. However, both General Growth Properties and Amazon have declined to officially respond to the comment.

I wonder if Amazon’s bookstores will occupy any of the stores previously owned by Borders and Barnes and Noble, as many of these locations still remain vacant. It seems like it would be good business for everyone involved: the property owners would get to sell or lease their buildings, the community would have access to a bookstore, and Amazon gets to continue to sell book and other goods directly to the public, no shipping required.

I know, you’re wondering, “if Borders couldn’t survive, what is Amazon thinking?” The short answer: I’m not sure. Amazon hinted they opened their Seattle store as an experiment in boost fledgling online book sales. Having a physical store allows the customer to interact with the book: read the covers, see what books are similar to something they’ve recently read and enjoyed, and simply browse. Only time will tell if the Amazon bookstores will thrive or flop, but I like the idea. As I stated before, I’m a fan of anything that encourages imagination, creativity, and gets our eyes away from the little screen we carry around every day.

Maybe our reading addiction will make this a success?

As I previously stated, maybe it’s just my book addiction influencing my opinion here, but there’s something special about a book; whether it’s on a bookstore shelf, a library shelf, or your shelf at home, there’s something about the feel, the smell, and the history of touching a book, which makes me wonder why there isn’t a bookstore, or library, on every corner.

Or perhaps Amazon will offer a new experience unlike any other, particularly for Amazon Prime members. They did it with streaming video, why not tangible stores?

What do you think about Amazon’s plans to open more brick-and-mortar stores? Will they be successful, or will they go the way of Borders?

In this article:amazon, bookstore, retail