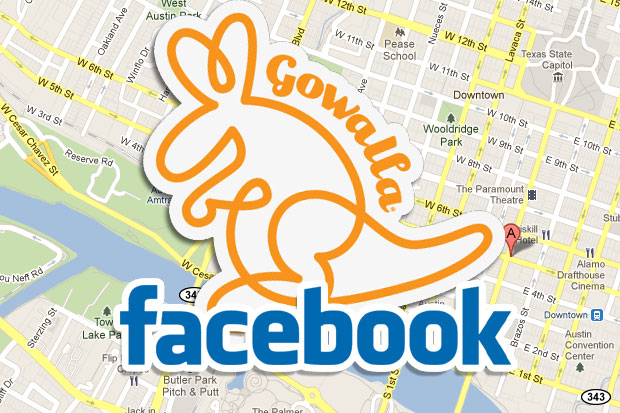 We broke the story last month that something was amiss at Gowalla, that staff was disappearing and their resumes were showing up all over Austin where Gowalla and AGBeat are both headquartered. Over the weekend, rumors flew that Facebook had acquired Gowalla, but no terms were released, and neither company was willing to comment to us or any other news outlet.

Gowalla has now confirmed that their services will end this coming January, that Facebook will not be given users’ data and that the remaining team will be moving to Silicon Valley to work on the Facebook Timeline project, as the two companies agreed the best way forward for both was to work together.

“Three years ago Gowalla’s journey began when I took a photograph of Lake Tahoe on my iPhone. I had just finished a phone call with my dad, and I wanted nothing more than to share that photo and place with him. Not just in a text message or status update sort of way, but with a bit of weight that said “I wish you were here” and “this moment and place are meaningful to me.”

We created Gowalla to inspire people to go out and share those places, photos and stories. The past three years have been quite the journey, oft-times in a very literal sense!

The Gowalla Passport has become a record of all the places we’ve visited, the people we were with, the photos we took, and the stories we told. Many of you even use Gowalla like a scrapbook of sorts — a place to keep all those memories.

About two months ago, my co-founder Scott and I attended F8. We were blown away by Facebook’s new developments. A few weeks later Facebook called, and it became clear that the way for our team to have the biggest impact was to work together. So we’re excited to announce that we’ll be making the journey to California to join Facebook!

Gowalla, as a service, will be winding down at the end of January. We plan to provide an easy way to export your Passport data, your Stamp and Pin data (along with your legacy Item data), and your photos as well. Facebook is not acquiring Gowalla’s user data.

We know how much many of you loved Gowalla. It’s been the highlight of our lives as we’ve built it with your help over the past two years. As we move forward, we hope some of the inspiration behind Gowalla — a fun and beautiful way to share your journey on the go — will live on at Facebook.

We’re so very grateful for the support of our community, our investors, our families, and, of course, the City of Austin as well. You’ve all played a special role in seeing us to this day.”

In this article:facebook, gowalla, location based services