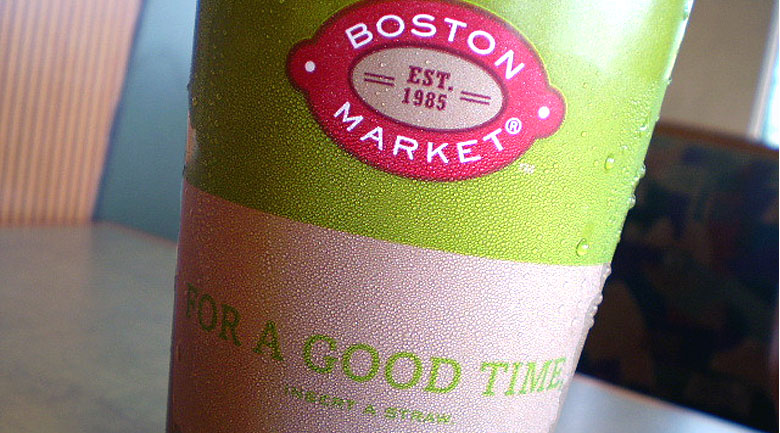 CBS’ reality tv show, “Undercover Boss” disguises corporate executives as trainees and plants them at various levels of their company, with cameras rolling, in an effort for the executive to get a non-corporate view of the company. On a recent episode with Boston Market’s Chief Brand Officer pretending to be a trainee, she came across a shift supervisor who had a massive attitude problem, confessing over and over again a literal hatred for customers.

Marking the first time an employee has been terminted on the show, his comments would alarm anyone, let alone a top executive. “I literally hate customers more than anything in the entire world. I hate them so much. They’re terrible. It’s all about them all the time and they demand everything,” the employee “Ronnie” said.

Ronnie’s endless hate-filled comments led the CBO to ultimately excuse herself. “My job’s on the line. Here I am a representative of this brand and this is what happens. It can’t happen on my watch,” she says. ” I can’t have someone who just told me that they hate customers more than anything in the world serving our guests. That’s the complete antithesis of what we stand for.”

Later in the show when the branch manager is called in and she is told that the “trainee” was actually a Boston Market corporate executive, and that Ronnie had to go, who didn’t seem to mind that he was being fired on national television, stating, “I would tell them my attitude would change but I didn’t think it was that terrible. It’s not wrong of me to hate people.”

Video of the Boston Market employee

Having a bad attitude isn’t typically grounds for termination, but this goes above and beyond – this individual was going out of his way to indoctrinate this trainee with a seething hatred for customers.

Analysis: was Ronnie the problem?

During the show, Twitter lit up with people aghast at Ronnie’s behavior, and if you watched the video above, you’d agree that he really hated his job.

Is this Boston Market employee simply a bad apple? I don’t think so. He spoke so openly about hating customers, even within earshot of people, and knowingly on camera. Couldn’t this type of behavior be cured with some training? Some reprogramming? I would argue that the answer would be no, simply because the nature of his comments and how brazen he was about making them, he never intended on staying put, and he had nothing to lose.

He had to go, in fact, one would argue that he should never, ever work in the service industry again. But is all of this Ronnie’s fault? Of course he is accountable for his appalling behavior, but it is unbelievable that the branch manager or other leaders were completely unaware of his horrendous attitude problem – you don’t just whip that out to benefit a potential trainee. The executive probably had a lengthy off-camera conversation with Ronnie’s direct supervisor to discover how the problem began, was exhibited, and ultimately whether or not they could repair the problem.

Bad apples in your own company

Have you played “Undercover Boss” with your own company? Have you used secret shoppers to test the strength of your lowest level employees? If you’re an extremely small company, have you eavesdropped on your employees’ phone calls or interactions with consumers to make sure they match the tone of your brand?

Let’s face it, the restaurant business is tough, and filled with transient employees who hate people – Ronnie’s not unique, in fact, there have been a handful of comedies made in recent years on the very topic of the dysfunctional world of the low paying service industry.

So how do you deal with bad apples in your company? Prevention is the best method, and making sure that every single team member has been trained on the culture of the company, not just how to fill the napkin holder. Do all employees know why your company was founded? Do they have access to executives, or are they limited to communication with a direct supervisor? Do you yourself have an open door policy? Do you check in on the floor to make sure things are pleasing customers beyond their wildest belief? Are you asking customers yourself what they think? Are you reading Yelp reviews and addressing them?

Running a company is more about that P&L statement, and prevention is of course the best way to deal with bad apples, as they should be weeded out early, but when you discover someone who has come to hate their job either because the job is grueling, or maybe their personal life is out of control, human resource experts can advise best on what actions to take, but you have the choice of reprogramming someone and addressing the unique situation, or do as Boston Market did and recognize when it’s just not a match.

In this article:boston market, business news