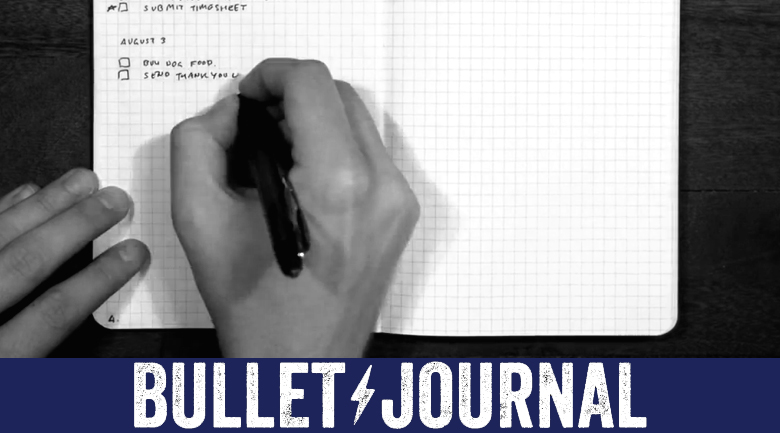 Trying out the Bullet Journal method

Time management is a challenge for most people, especially as the lines between work time and personal times blur and overlap. Many people have tried endless software, apps, tools, and devices to keep their day on track, but there is a segment of people (some staff here at AG included) that just can’t keep their lives straight without pen and paper.

It sounds odd, because our focus for years has been sharing with you the best tips and tricks for business, which typically include tech tools, but tangibility is still required for some people, particularly those whose brains are hard wired to remember best what has been written by hand (hint: these people usually learned to read through the Phonics system). Productivity apps are life changing for most, but not for all.

Enter the Bullet Journal, a system meticulously refined over the years by Brooklyn Art Director and Interaction Designer, Ryder Carroll. His method is making the rounds, hailed for streamlining the task management monster that is paper and pen.

Here is how the Bullet Journal method works:

Will this work for you?

Carroll suggest using a Moleskin Classic with a hard cover (5″ x 8.25″) but notes that if any notebook is too big, you won’t carry it around, which is a critical component of being tapped into your productivity. Moleskins can be purchased online, or at most bookstores.

The problems with pen and paper are many when compared to tech tools like Evernote’s Penultimate, particularly because you can’t just type in a search and find all instances of a word or phrase, and things can get lost between the cracks. But the Bullet Journal method could go a long way toward keeping you on track and helping you to catch what falls between the cracks, even meeting notes and grocery lists.

In this article:bullet journal, productivity