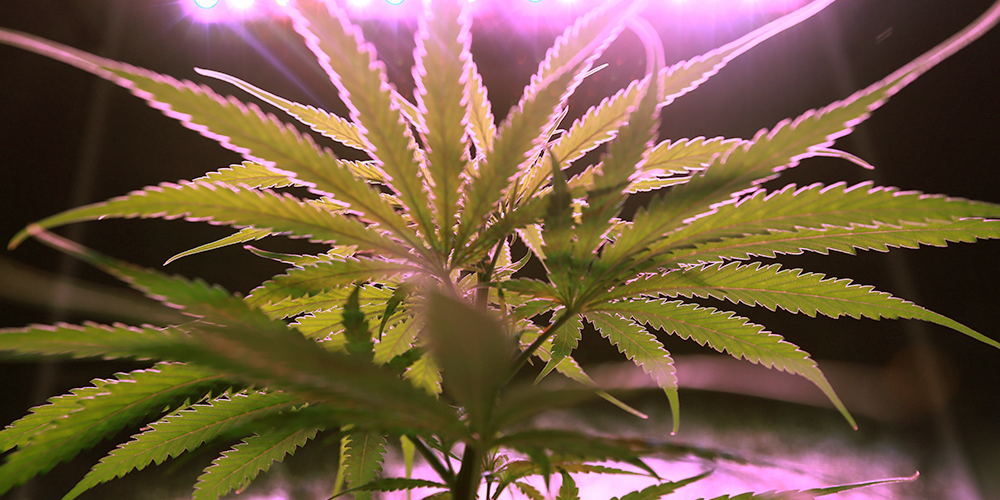 As have nearly all consumer trends, the legal cannabis market has been noticeably affected by the coronavirus pandemic. When the pandemic first started, I heard a lot people in the industry predict sales would skyrocket. These are stressful times for everyone, and people need their vices! Especially since cannabis is considered an essential industry in states where consumption is legal, most predicted an uptick in sales. But the data shows it’s not so cut and dry.

According to a study done by Marijuana Business Daily in late September, which focused on 4 recreational states – California, Colorado, Nevada, and Washington state – it seems that sales are all over the place.

The data shows that while shoppers are spending more on cannabis per visit, they are shopping less in general. In the industry, this is called “basket size”. So yes, basket size is up, but the number of visits and number of baskets sold has generally declined. People are stocking up for safety and/or scheduling reasons, and this trend is certainly not unique to cannabis (Hint: remember toilet paper hoarding?).

One anticipated spike in cannabis sales across the board was on April 13th, when federal stimulus packages went out. For some who don’t have a medical condition alleviated by the effects of the plant, cannabis is not a staple. But if there’s extra cash laying out, you bet your bottom dollar that they’re going to stock up at their local dispensary. Makes sense to me.

Conversely, the lowest sales ever for the industry was in mid-late March, when recreational sales dropped by almost 50%. I’m guessing this was because of the newly implemented shelter-in-place orders, as well as the mass angst and confusion of the early pandemic.

That being said, there was a quick bounce back as cannabis retailers were treated favorably by state governments and were allowed to stay open or provide curbside service. Like other industries, cannabis retailers adapted to the pandemic after some time.

Legal cannabis is a relatively new industry that has grown exponentially since the passing of the 2018 Farm Bill, which removed hemp from the Controlled Substances Act (CSA). Up until the pandemic, cannabis sales have been relatively recession resistant.

This is why I find examining market trends in cannabis so fascinating – it’s a young industry that has only ever been on the up, so it acts as a sort of prism through which we can most accurately detect market trends.

Additionally, there is a new-found appreciation (dare I say, requirement) for mental health and wellness. People are looking for plant-based, not-toxic approaches to combatting their various woes during coronavirus. CBD, hemp, and other non-psychoactive substances are being consumed by new users who were previously uninterested in THC, the active psychoactive compound in the cannabis plant that gets you “high”.

I think if anything, the market will continue to expand into more cannabis-based products, while consumption of the plant will remain relatively steady. But at this point, it’s difficult to predict anything.

Are Gen Z more fickle in their shopping, or do brands just need to keep up?

(BUSINESS NEWS) As the world keep changing, brands and businesses have to change along with it. Some say Gen Z is fickle, but others say it is the nature of change.

We all know that if you stop adapting to the world around you, you’re going to be left behind. A recently published article decided to point out that the “fickle” Gen Z generation are liable to leave a poor digitally run site and never return. Now of course we’ve got some statistics here… They did do some kind of due diligence.

This generation, whose life has been online from almost day one, puts high stakes on their experiences online. It is how they interact with the world. It’s keyed into their self-worth and their livelihoods, for some. You want to sell online, get your shit together.

They have little to no tolerance for anything untoward. 80% of Gen Zers reported that they are willing to try new brands since the pandemic. Brand loyalty, based on in-person interaction, is almost a thing of the past. When brands are moved from around the world at the touch of your fingertips there’s nothing to stop you. If a company screws up an order, or doesn’t get back to you? Why should you stick with them? When it comes to these issues, 38% of Gen Zers say they only give a brand 1 second chance to fix things. Three-quarters of the surveyed responded saying that they’ll gladly find another retailer if the store is just out of stock.

This study goes even further though and discusses not just those interactions but also the platforms themselves. If a website isn’t easy to navigate, why should I use it? Why should I spend my time when I can flit to another and get exactly what I need instead of getting frustrated? There isn’t a single company in the world that shouldn’t take their webpage development seriously. It’s the new face of their company and brand. How they show that face is what will determine if they are a Rembrandt or a toddlers noodle art.

The new age of online shopping has been blasted into the atmosphere by the pandemic. Online shopping has boosted far and above expected numbers for obvious reasons. When the majority of your populace is told to stay home. What else are they going to do? Brands that have been around for decades have gone out of business because they didn’t change to an online format either. Keep moving forward.

Now as a side note here, as someone who falls only just outside the Gen Z zone the articles description of fickle is pompous. The stories I’ve heard of baby boomers getting waiters fired, or boycotting stores because of a certain shopkeeper are just as fickle and pointed. Nothing has changed in the people, just how they interact with the world. Trying to single out a single generation based on how the world has changed is a shallow view of the world.

(BUSINESS NEWS) It is inevitable that when a new successful trend comes along, other companies will try to make lightning strike twice. Will the audio chat room catch on?

Businesses are always about the hot new thing. People are the always looking for the easiest dollar with the least amount of effort these days. It tends to lead to products that are shoddy and horribly maintained with the least amount of flexibility in pleasing their customers. However, you also have to look at the customer base for this as well. You follow where the money is because that’s where its being spent. It’s like a merry-go-round, constantly chasing the next thing. And the latest of these is the audio chat room.

During the pandemic the entire world saw an eruption of social audio investments. Silicon Valley has gone crazy with this new endeavor. On the 18th of April this year, Clubhouse said it closed on some new funding, which was valued at $4 billion for a live audio app. This thing is still in beta without a single penny of revenue!

The list of other companies who have pursued new audio suites (either through purchase or creation) include:

This whole new audio fad is still in its infancy. These social media and tech giants are all jumping headlong into it with who knows how much forethought. A number of them have their own issues to deal with, but they’ve put things aside to try and grab these audio chat room coattails that are running by. It’s a mix of feelings about the situation honestly. They are trying to survive and keep their customers.

If a competitor creates this new capability and they stay stagnant then they lose customers. If they do this however without dealing with their current issues then they could also lose people. It’s an interesting catch 22 for people out there. Which group do you fall in? Are you antsy for a new toy or are you waiting for one of these lovely sites to fix a problem? It’s another day in capitalism.