The gig economy is buzzing. The term has now come to signify any contractual, part-time, freelance work, and is not limited to the tech universe.

Between 2004 and 2014, independent contracting employment increased from 12 percent to only about 18 percent. In the last several years the gig economy has exploded onto the scene.

The 2016 Bureau of Labor Statistics report shows that the rate of self-employment in America is falling, and yet more people are engaging in freelance work, which last year stood at an impressive 35 percent of the total economy.

The answer, backed by several surveys, is simple.

People with full-time jobs are increasingly participating in part-time gigs.

And although the Uber driver has become the poster-child, the scope of the gig economy is much wider.

The BLS report clearly states, “Gig workers are spread among diverse occupation groups and are not easily identified (added emphasis) in surveys of employment and earnings.”

Linkedin predicts that by 2020, 43 percent Americans shall be engaged in gig economy.

Really not a shock

This should not come as a surprise. By now it is well known that our out-of-date model of success — “study hard—earn a degree—get a job” is failing.

There are too many graduates, and too few well-paid full time jobs.

The private sector has also struggled. In most American metro areas, more businesses are closing than new ones are opening up.

For many millennials, it is the sole source of income. For others, it is an easy way to make some extra cash. Today’s millennials have less purchasing power than Baby Boomers or Gen Xers. But this picture no longer accurately portrays the essence of the gig economy.

However, instead of opening their own businesses by quitting their full-time jobs (a common practice in the past), they are pouring their passion into these freelance gigs IN ADDITION to their full time jobs.

The gig economy today has thus become an outlet that captures their expressions of creativity.

Gigs reaching beyond their stereotypical niche

But gig economy culture is spreading to other sectors of the economy, largely facilitated by the internet experience.

It is infiltrating administrative & support services, healthcare and even real estate.

Seasonal gigs are still a thing

Some demands are very much seasonal. Contract Accountants (~$30/hr) are in high demand as taxpayers try to submit their returns before April 15. Other gig economies are in demand year round.

Truck delivery is one of the highest paid gigs, which got a boost through the popularity of Amazon and eBay.

Low barriers to entry also make gig economies attractive. Take for example, Airbnb. So long as you have a spare room in a well-located, highly visited city, you can partake in the hospitality business!
This is good news for our economy! The criticisms it faces are mostly unfounded, and must be resisted.

Don’t listen to the haterz

The media and the government often unfairly characterizes the gig economy. The contract worker is seen as a victim, as being preyed upon by the big businesses, entering an exploitative arrangement, often unknowingly and against his own best interest.
The advent of the gig economy is painted as the death of salaries, health insurance and vacation days.
The goal of such criticism seems to be to reduce the number of contract workers and increase the number of definable “employees”. This argument overlooks the fact that each of these contracts were entered voluntarily and fulfilled a service that was a gap in the market.

While that is certainly true of a job seeker without any other job, statistics show us that more freelancers are full-time employees fishing for side gigs.

Gigging is not predatory

The debate over how to appropriately regulate the gig economy shall continue.

Obviously, companies may come up with strategies to exploit contract employees.

But at a time when traditional employers are experiencing downward pressure on their profit margins and retaining employees while tackling soaring insurance costs has become a challenge, engaging the best and the brightest from the gig economy becomes increasingly necessary. Industries that engage in it should not be seen as predatory.

In fact, it is quite the opposite. Gig economies empower the labor market in new innovative ways, when traditional markets have failed them.

Even the best schools in our land now advise their graduates to stop looking for full time jobs and participate in the gig economy.

Therefore, the caricature that the eager job seekers of the gig market must be bottom-of-the-barrel talent pool is also grossly erroneous.

Gotta up the ante

Yet, many companies have under-invested in this area. They have done too little to lobby for themselves and entirely miss out reaping its benefits.

Some still wait for traditional application to populate their inbox instead of actively recruiting from the gig-economy.

Their recruiting strategies are also failing. Mentioning “working remotely” as a reward on the job description is simply not good enough anymore.

Instead, companies should stress on their own unique story: a passion-driven project, with lots of creative leeway and good pay.

All of this can be easily achieved in a gig economy setting. What are we waiting for?

In this article:Gig, remote work, The News 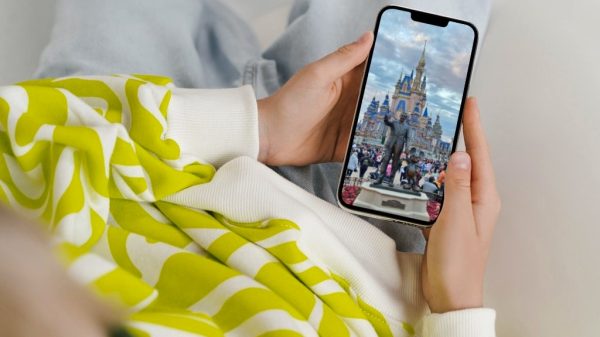 Disney calls all staff back into the office starting March

Disney CEO froze all hiring so they could restructure and is now calling remaining staff back into the office - is this all part...

Remote workers have been tossed in the waves over their productivity, even some being monitored in their homes, but Harvard has the answer.