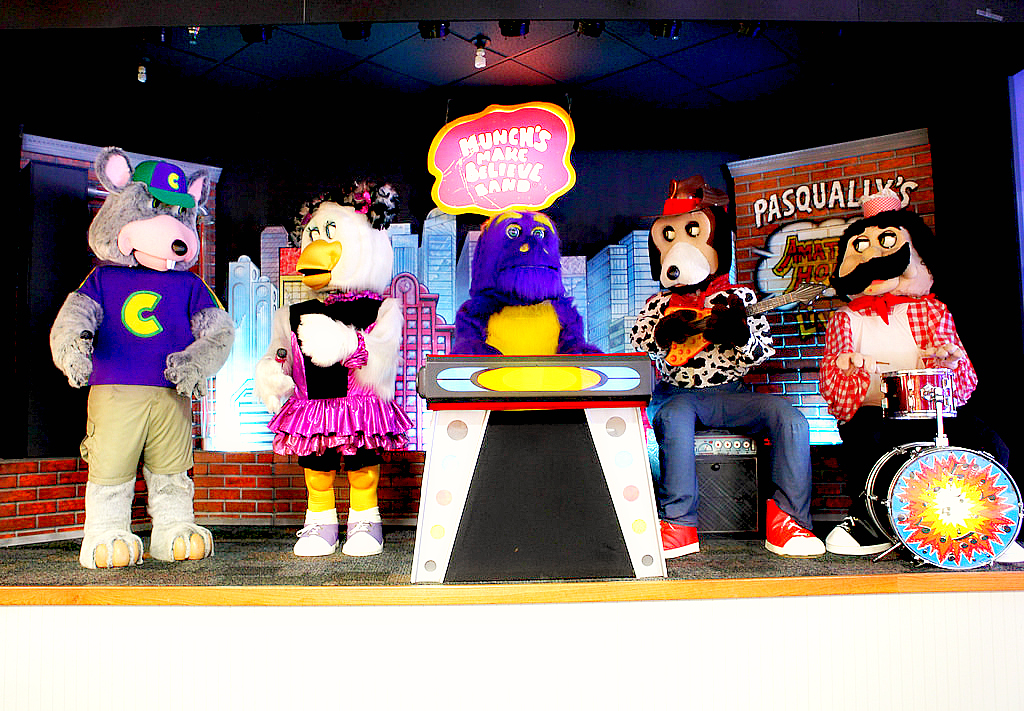 WHERE A KID CAN BE AFRAID

Occasionally I have nightmares about being trapped in a version of Chuck E. Cheese’s where the money machine transports you to a parallel universe, never to be seen again. As a kid, I don’t remember finding the entertainment chain particularly haunting, but clearly some psychological damage was done.

Read also: Dubai police force is in the spotlight as they begin employing robots

Let’s go ahead and blame it on those creepy animatronic characters. Younger generations can rejoice, because some locations are phasing out the animatronic animal bands completely. They won’t know what they’re missing, and I’m totally fine with that.

Company chief executive Tom Leverton told CBS, “The kids stopped looking at the animatronics years and years ago, and they would wait for the live Chuck E. to come out.” Kids would rather interact with some dude in a mouse costume than gawk at dilapidated fur-covered robots. Or better yet, play updated games.

Astoundingly, around 500 locations still exist in the U.S.

Of those, a few restaurants in San Antonio, TX will be the first renovated in this modernizing test pilot. Three more in Kansas City, MO are next on the list, and if all goes well, other locations will get a makeover too.

The updated locations will feature TV screens, light up dance floors, large-format video games, and open kitchens so kids can marvel at the pizza making. Thirty-five locations are also testing digital ordering kiosks so you don’t even have to talk to a person to order pretzel bites or whatever.

Like other longstanding chains, Chuck E. Cheese’s has been trying to stay alive by appealing to a new generation of guests. To appeal to kids, the chain updated its mascot to a more punk rock version of the original mouse in 2012.

Fun fact: the new mascot is voiced by Jaret Reddick, lead singer of Bowling for Soup.

Then in 2015 Chuck E. Cheese’s began offering wine and beer make birthday parties more palatable for parents. By 2018 they hope to offer local dining specialties. Adults have more discerning tastes today,” Leverton says of his customer base. Updating food offerings is one way the company hopes to draw in more parents.

Nixing the potentially possessed animatronic characters should help too. Good riddance to those things, and here’s to a better future where children aren’t subjected to terrifying animatronics.