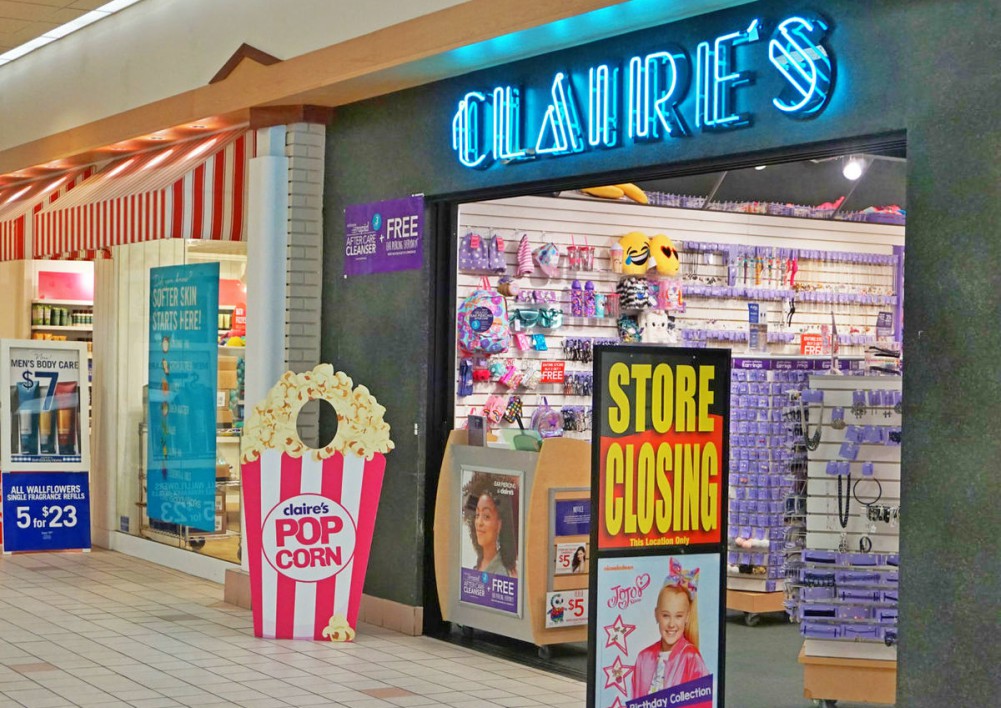 Poor, sweet Claire’s. The place I got my ears pierced in fifth grade along with countless other tweens over the years. Where nearly all my accessories from age nine to 19 were purchased.

The place I swore to stop shopping because apparently my skin is allergic to every material they use. Looks like losing me as a customer has had a huge impact, because Claire’s is filing for bankruptcy.

Formerly the go-to haven for all things sparkly, cheap, and sold in multipacks, the fashion accessory chain is now suffering the same fate as many other mall-based retailers.

Although inexpensive accessories remain popular, mall foot traffic has slowed significantly enough that Clarie’s and other retailers are suffering from crushing debt.

Claire’s current debt load is $2 billion, with a $60 million interest payment due March 13 of this year. More pressure is added with $1.4 million due to mature next year as well. Their debt load is over 10 times a key measure of their annual earnings.

Filing a Chapter 11 bankruptcy means the decades-old store can remain open while a more formal plan for turnaround is established.

The chain has been around since the early 1970s after a merger. Longtime Claire’s owner Rowland Schaeffer founded Fashion Tress Industries in 1961, which at the time was a worldwide leader in fashion wigs.

Although the takeover was successful in terms of adding stores, it also added a huge debt to Claire’s, from which it has not been able to recover.

Early in 2017, the company withdrew their initial public offering and continued struggling despite operating over 3,000 stores worldwide.

As part of the Chapter 11 agreement, business control will pass from Apollo Global Management LLC to other lenders.

To stay afloat, they plan on selling merchandise in CVS Pharmacies and Giant Eagle supermarkets in hopes of reaching customers outside of the standard mall habitat Claire’s previously occupied.

So while Claire’s isn’t dead quite yet, you may want to stock up on BFF necklaces and 20-pair earring sets while you still have the chance.

In this article:retail, The News