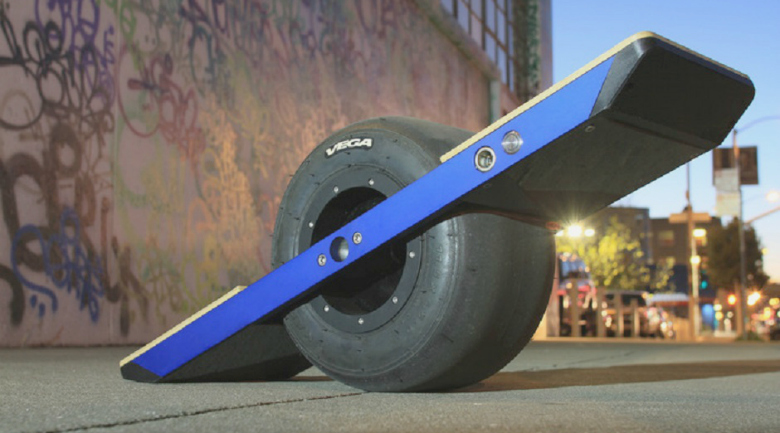 American startup Future Motion, who claims to have invented the one-wheeled electric scooter, filed suit in a Las Vegas federal court on Tuesday, claiming that Changzhou had violated two patents. The hearing occurred over the phone the next day, and lasted a mere seven minutes.

An emergency court order was issued

U.S. District judge Miranda Du issued an emergency court order freezing the sale of Changzhou’s alleged knockoff, and two U.S. Marshals were dispatched to CES the next day. The marshals conducted a “very orderly” raid, according to Future Motion’s attorney, Shawn Kolitch. Meeting no resistance from Changzhou’s representatives, the Marshals deconstructed the booth, and confiscated several scooters and marketing materials.

Kolitch explains that the turnaround for this case was “unusually fast” because the plaintiffs “emphasized in the motion that the harm that we were most concerned about was the attention that the product would get at CES.”

A crowdfunded American brand versus an alleged Chinese knockoff

Future Motion first released its Onewheel scooter at CES two years ago. After raising over $600,000 through Kickstarter, the startup began selling its scooter in late 2014 for $1,499. Changzhou currently sells an almost identical scooter on the Chinese website Alibaba for a fraction of the price.

Changzhou will have an opportunity to present a formal defense before Judge Du later this week. However, Kyle Doerksen, CEO of Future Motion, insists that the Changzhou’s scooter is “a direct knockoff,” that Future Motion is “clearly the innovator,” and that its Onewheel scooter “really is unique.”

He claims that “when you look at our patent design drawings and the products they had at CES, you see a direct comparison.” Therefore, says Doerksen, “it’s very important that we act aggressively to protect the patent rights that we have.”

In this article:Business, CES, Tech