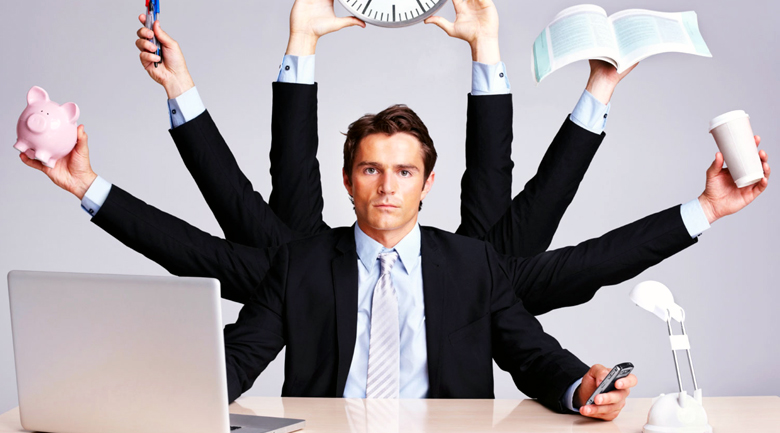 Being productive is the spice of life

Does your business boast in its weekly newsletters about having a high level of employee engagement? A Harvard study indicates that sought-after “engagement” might be a snake oil statistic.

Read also: Panda is like extra tabs on super crack for those obsessed with being productive

Productivity is widely accepted as modifying the amount of work one accomplishes. Low production correlates to less work accomplished in a predetermined timeframe, while a high level of productivity pertains to an exceptional amount of work transpiring. Or, to put it technically, the idea that one is “killin’ it.”

Engagement, on the other hand, is a bit of a catch-all term. If you take a look at the way “engagement” is used in context the bulk of the time, you’d be justified in assuming it means “paying attention, or perhaps more accurately, “having one’s attention held.”

This is an important distinction, since the latter interpretation roughly translates into extrinsic motivation supplied by the business or institution in question, while the former correlates to intrinsic employees’ motivation to not suck at their jobs.

As you can see, there’s a weird amount of disparity between the two terms.

The statement “I had a productive day today” doesn’t necessitate elaboration, while saying “I had an engaging day today” is going to leave half of the people you tell wishing you a tearful “Congratulations!” while the other half stare blankly.

Nevertheless, engagement and being productive are often used interchangeably, to no small amount of confusion.

Some Clarification for Everyone

If engagement does indeed equal productivity (and vice versa), shouldn’t we see more employees from the longer work weeks having a higher level of productivity?

Focusing solely on making sure your employees like and pay attention to the work they’re doing seems like it will result in decreased productivity, while enforcing total productivity is likely to result in a poor work culture and, eventually, preventable mistakes.

Instead of praising your high engagement (or productivity) and leaving the other out, why not promote them as core but distinct pillars of your business?

Clearly, the road to fully understanding what constitutes perfect engagement and how to weave it into being productive is a long one.For now, though, simply understanding the specificity of language and applying it appropriately is a huge step in the right direction.

In this article:Business, productivity, The News