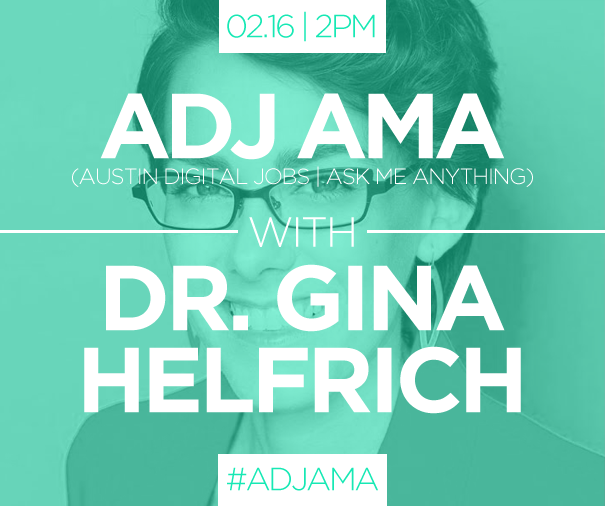 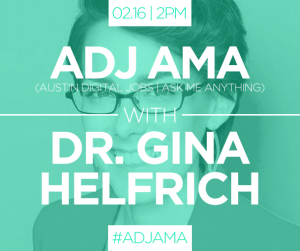 If you’re in the market for a great job, you’ve landed some great interviews, and you’re considering accepting a position, it’s time to negotiate. We’re not talking Shark Tank style here, but getting what you’re worth is extremely nuanced.

Does the first person to speak lose? How firm are you supposed to be? Are there code words to watch out for before ever reaching the negotiation phase? How do you know when a company has room to budge?

In the below AMA (Ask Me Anything), we chat with the expert, Dr. Gina Helfrich who Co-Founded RecruitHER, a full-service recruiting firm committed to connecting tech companies with diverse talent.

Tune in here on February 16th

We invite you to tune in and ask your own questions below on February 16th at 2:00pm cst.

As suspected, Amazon has plans to open hundreds of physical bookstores

Workers over the age of 55 represent the fasting growing sector in labor. The U.S. Department of Labor estimates that 25% of the labor force will be over age 55 by 2024. A 2018 AARP survey found that over 60% of the respondents reported age discrimination in their workplace. The figure is even higher among older women, minorities, and unemployed seniors. Age discrimination is a problem for many.

Unfortunately, age discrimination lawsuits aren’t uncommon. We have covered cases for Jewel Food Stores, Inc., Novo Nordisk, Inc., AT&T, and iTutorGroup, all alleging age or disability discrimination in some form or fashion. This could be from using vocabulary such as “tenured,” hiring a younger employee instead of promoting a well-season veteran, or pressuring older employees with extra responsibilities in order to get them to resign or retire early.

How can your organization create an age-inclusive workforce?

It is difficult to prove age discrimination but fighting a lawsuit against it could be expensive. Rather than worrying about getting sued for age discrimination, consider your own business and whether your culture creates a workplace that welcomes older workers.

Changing the culture of your workplace to include older workers will benefit you in many ways. Older workers bring experience and ideas to the table that younger employees don’t have. Having mixed-age teams encourages creativity. There are many ways to support older workers and to be inclusive in your workplace.

What steps are you taking in your organization to reduce ageism in your workplace?

(BUSINESS) Google’s Search Advocate, John Mueller, says that AI-generated content is against webmaster guidelines. What does mean for content strategy?

Let’s review what that means for you and your content strategy going forward.

Simply put, Medium defines it as

“[a]utomatically generated or Auto-Generated content is content that’s been created with the help of machine learning and artificial intelligence tools.”

Tools like writesonic or jasper are examples of AI content creation tools made to create content for a blog, social media, etc. If you check these websites, you will find that Google is listed as one of the many companies that use their services.

So, Google can use it but others will be penalized for using it. Can Google recognize when a user takes advantage of AI-generated content services for use on the web?

In the video Q&A, Mueller doesn’t confirm or deny whether or not Google is capable of recognizing AI-generated content. He is quoted as stating,

“I can’t claim that. But for us, if we see that something is automatically generated, then the webspam team can take action on that.”

After countless searches about the Google webspam team and what actions they can take, it’s not immediately clear, but what seems to be the consensus is that it could negatively impact Google rankings and SEO.

What can you do?

If you are already using AI-generated content, the first thing to consider is do you need to do most of the heavy lifting or are you using it to generate ideas or a starting point? If you’re using it to fully write your next blog post, you need to reconsider this position and be sure to have a human add personal touches to your online content.

According to Mueller, using AI-generated content in ANY capacity is considered unacceptable. He states,

“[c]urrently it’s all against the webmaster guidelines. So, from our point of view, if we were to run across something like that, if the webspam team were to see it, they would see it as spam.”

Your best bet is to keep doing it yourself because right now Google has all the power over search and rankings. At least, until something changes.

(BUSINESS) Maybe this won’t come as a surprise, but the statistics sure are telling- having depression and social media usage are linked.

Researchers from the University of Pennsylvania believe they have found evidence of a link between depression and social media use. Many studies have attempted to show that social media use can be detrimental to your mental health, but the parameters of these studies are often limited in scope or were unrealistic situations. The UPenn study collected usage data tracked by the phone rather than relying on self-reporting.

Psychologist Melissa G. Hunt, the author of the published study, says the bottom line is: “Using less social media than you normally would lead to significant decreases in both depression and loneliness. These effects are particularly pronounced for folks who were more depressed when they came into the study.”

It should be noted that the study participants were college students who were randomly assigned to either use social media as they normally would or be in the experimental group that limited time on the three most popular platforms, Facebook, Snapchat and Instagram. Hunt doesn’t believe that it’s realistic not to use social networks at all, but it is important to find a way to manage your use to avoid negative effects.

The CDC reported that between 2013 and 2016, 8.1% of Americans over the age of 20 experienced depression in a 2-week period. About 80% of these people had difficulty with daily activities due to depression. However, “over a 10-year period, from 2007–2008 to 2015–2016, the percentage of adults with depression did not change significantly.” On the other hand, social network use increased exponentially during this time.