Facebook is having a hard time in Europe lately. And it is proving costly, both for its coffers and image.

Read also: WhatsApp was used in an illegal operation spanning across 18 countries

On Thursday, the European Union’s antitrust agency slapped a fine of $122 million, one the largest regulatory penalties levied against the social networking giant.

Facebook, the EU said, intentionally mislead regulators over the $19 billion acquisition of WhatsApp in 2014.
During the acquisition, Facebook promised the European Commission that the company’s data would not be combined with WhatsApp, allaying fears of gaining unfair advantages over its market rivals.

The EU now says, that promise was a deliberate misinformation.

Last August, Facebook announced that it would begin sharing WhatsApp data with the rest of the company, which gave it access to additional data from a billion WhatsApp users.

E.U. is not having it

“Today’s decision sends a clear signal to companies that they must comply with all aspects of E.U. merger rules,” said Chief of Antitrust Agency Ms. Vestager in a statement. “And it imposes a proportionate and deterrent fine on Facebook. The commission must be able to take decisions about mergers’ effects on competition in full knowledge of accurate facts.”

However, the EU fine does not endanger the merger itself. Antitrust officials did not deem it necessary to void the deal, without which Facebook faces relatively little risk.

That explains why Facebook is not fighting the fine, a paltry sum for one of the most valued Fortune 100 companies of the world.
So in essence, the company has accepted its fault, although not the intent of wrongdoing.

Sorry you feel that way

“The errors we made in our 2014 filings were not intentional,” Facebook said in a statement. “The commission has confirmed that they did not impact the outcome of the merger review.”
This is not the first time an American tech company has run into legal hurdles under European antitrust laws.

Amazon, Apple, Google and Microsoft have all been investigated and fined by the EU authorities.

However, the latest Facebook fine is noteworthy. It signals European officials are getting stricter about tech companies’ online data gathering practices within the Union.

Just a few days earlier, both Dutch and French privacy watchdogs ruled that Facebook had broken strict data protection rules for failing to provide European users sufficient control over how their data is collected and used by the company. In France, they will have to pay the maximum privacy fine— 150,000 euros.

Facebook has 1.5 billion users outside North America, and a significant portion of them reside within the EU.

The new regulations shall disrupt Facebook’s modus operandi in the short time, and how they adapt to the new challenges might even instruct their approach elsewhere in the world.

Privacy activists have already lodged complaints similar to the EU antitrust agency against Facebook at the Federal Trade Commission. None of them heard back from the agency. So far, the US government has been lenient on Facebook.
That may not be a good thing. 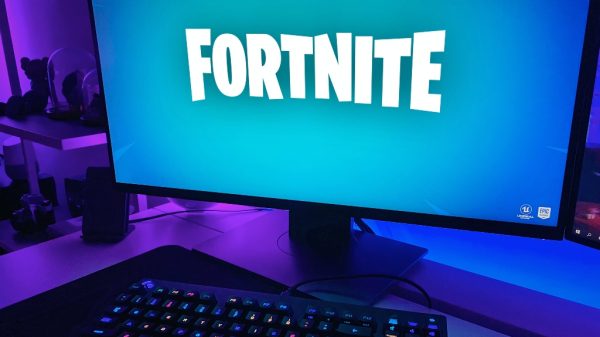 The popular children's game, Fortnite, pays up $520 million to the Fed for violating privacy laws and tricking kids.