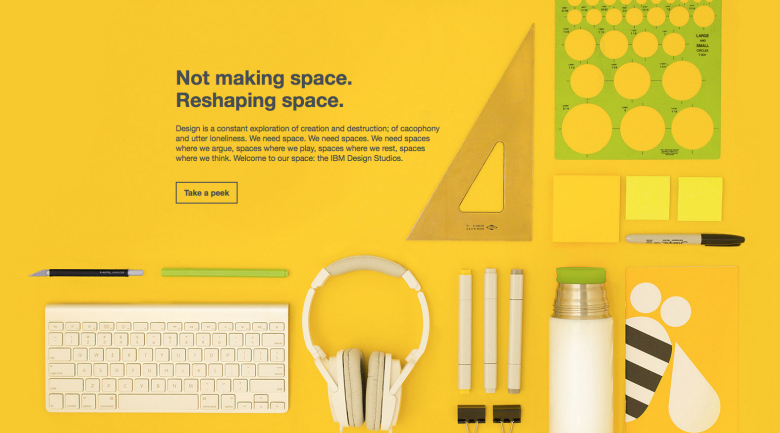 Despite its 105 year history, information technology company IBM is anything but old-fashioned. In fact, these days the company culture is as innovative and collaborative as the freshest startups. This is especially the case at IBM Design, a branch of the company based out of Austin that develops design solutions and operates almost autonomously from headquarters.

IBM continues strong after over a century because of a focus on design. About four years ago, the company implemented a $100 million initiative to triple its existing design staff and train its entire staff in design.

Prioritizing design isn’t new for IBM. Back in the 1950’s, founder and then-president Thomas J. Watson declared, “good design is good business,” and the company took to snatching up big-name designers and top talents.

But these days, “the challenges are just too great for one designer,” says general manager of design Phil Gilbert. Instead of hiring design stars, IBM is upping its design game by hiring lots of new graduates and pro designers.

In fact, two-thirds of the 1,300 new design employees at IBM are recent graduates.

While business and engineering skills are crucial at IBM, the company likes to center around designers because as Gilbert notes, they have an “intuitive sense” of the user’s needs. In a recent assignment, an airline asked IBM to improve passenger check-in kiosks. While engineers focused on the software features of the kiosk, designers interviewed the gate attendants and discovered that women attendants’ uniforms were so constricting that they couldn’t comfortably reach the plug to charge the kiosk.

In other words, while it’s always easy to add new features to a product, a designer is trained to discover how the customer is actually interacting with the product. “Design is everyone’s job. Not everyone is a designer, but everybody has to have the user as their north star,” Gilbert wrote on IBM’s company blog.

Besides hiring designers, the company has also brought in design researchers who combine design skills with sociology to understand how products are functioning (or failing) in the real world. The information they provide has been crucial for improving the user experience.

By the end of this year, over 100,000 IBM employees will have received design training. Besides bringing a user-centric viewpoint to product development, this focus on design also encourages a more collaborative culture.

In this article:Austin, IBM Design, Tech, The News, UI, UX