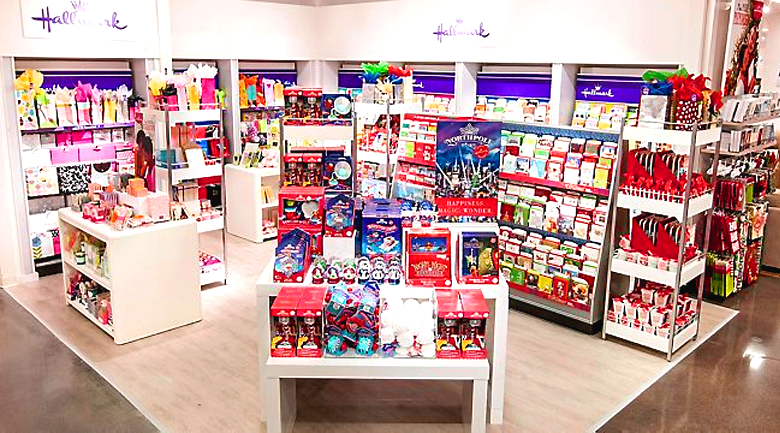 Hallmark “mini-shops” coming to a JCP near you

After a successful test run, JCPenney and Hallmark have decided to expand their partnership. By next year, JCPenney department stores all over the country will host Hallmark “mini-shops.” This fall JC Penney opened 15 Hallmark mini-shops, no larger than 500 square feet. According to J.C. Penney representative Sarah Holland, “Our Hallmark pilot has gone well and we will be exploring additional Hallmark shops inside JCPenney later this spring.”

Although J.C. Penney has not yet indicated how many Hallmark shops they plan to open, similar cases suggest that the concept could scale up quickly. In 2006, Penney’s made a deal with cosmetics company Sephora to open five test shops inside their department stores. Now nearly 500 of the nation’s 1,020 JCPenney stores contain a Sephora shop. JCPenney has a similar setup with Disney, which has 680 mini-shops in department stores across the country.

The collaboration between Penney’s and Hallmark makes good business sense for a department store that has high sales around Mother’s Day, Father’s Day, and other holidays where people exchange gifts. Many of the sales inside a Hallmark mini-shop come from customers buying gifts from Penney’s other departments, then pairing their purchase with a greeting card or wrapping paper.

Overlap between Hallmark and department stores

Hallmark cards have been sold in JCPenney since the 1970’s, and currently Kohl’s, another department store, is one of Hallmark’s biggest customers. There is a major customer overlap between Hallmark stores and department stores, so the mini-shops appear to be an expansion of an already effective collaboration.

JCPenney’s approached Hallmark last spring after culling through its brands, eliminating failed products like Martha Stewart’s paper products and specialty foods. The deal marks another stepping stone in the 112 year old department store’s attempts to rebrand itself and pull out of a major sales slump. After several years in “survival mode,” Penney’s is starting to grow again, and the deal with Hallmark will undoubtedly generate major profits and show Penney’s investors that they are serious about making a comeback.

In this article:business news, hallmark, jcpenney