I know. It made me mad too when I read the headline from the Consumerist. Immediately I wondered: “How are stores changing the prices if a man walks in the door instead of a woman?”

Read also: Is the gender pay gap smaller than is being reported? #UnevenProgress

No. That’s not how women’s pocketbooks are getting lighter. It’s the cumulative effect of purchasing such items over our lifetime that’s the issue. In4 a recent study, the New York City Department of Consumer Affairs examined pricing on items ranging from toys to clothing to personal care and even senior care products. The products were basically identical – except for the packaging.

Over the course of a woman’s life, the financial impact of these gender-based pricing disparities is significant. In 1994, the State of California studied the issue of gender-based pricing of services and estimated that women effectively paid an annual “gender tax” of approximately $1,351 for the same services as men.

While DCA’s study does not estimate an annual financial impact of gender pricing for goods, the findings of this study suggest women are paying thousands of dollars more over the course of their lives to purchase similar products as men.

You can download and read the full study from the DCA and see several examples of what they found. Things like:

Have you seen a recent example of gender packing and a difference in price? We’d love to know. Tweet using the hashtag above or tell us here.

In this article:gender, men, pink tax, study, The News, women 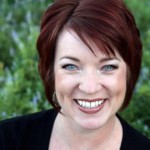 Do employees work less at home than in office?

(EDITORIAL) A new study suggests that remote employees worked less in lockdown than they would have in the office, but it's definitely not reliable.