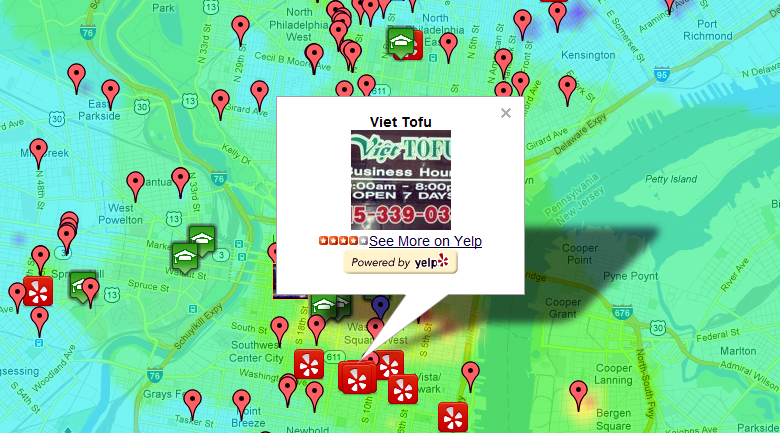 Nearly a year ago, AG introduced you to RentScoper, a real estate search site originally aimed at improving decision making for real estate investors, featuring unique heat mapping that measures the effect of a location on a property’s value. The site has now been adopted by more than just investors and is becoming a search tool for regular shoppers with added layers that competitors do not have.

Given the company’s emphasis on surroundings, it is no surprise that RentScoper has added Yelp reviews of surrounding locations from restaurants and retailers to service providers and more, so that anyone searching the site from any location can get a feel for the local vibe.

“Rentscoper is primarily for people moving to unfamiliar towns (college students, people changing jobs, etc),” RentScoper Founder, Jeremy Elser told AG. “You actually need all this background data to make an informed decision, to get a crash course in becoming a native. The trick is to synthesize that information into a form that you can absorb quickly (like the heatmaps).”

Elser adds, “The importance is that it furthers our goal of providing as much context as possible when you are shopping. Where you live is only half about the apartment itself, the other half is the neighborhood.”

Yelp as a natural extension of RentScoper

Why Yelp instead of Google reviews? Elser notes that Yelp has “more brand recognition, a more established track record, and their product is more mature and stabilized, so we expect fewer glitches.”

Additionally, Elser says that Yelp was a “natural extension” of their current offering. “We had information on location values (the heatmaps, which show general pricing regions), college icons, K12 school icons, local photos, traffic, but the last piece was the relationship to the businesses and institutions around your potential home.” 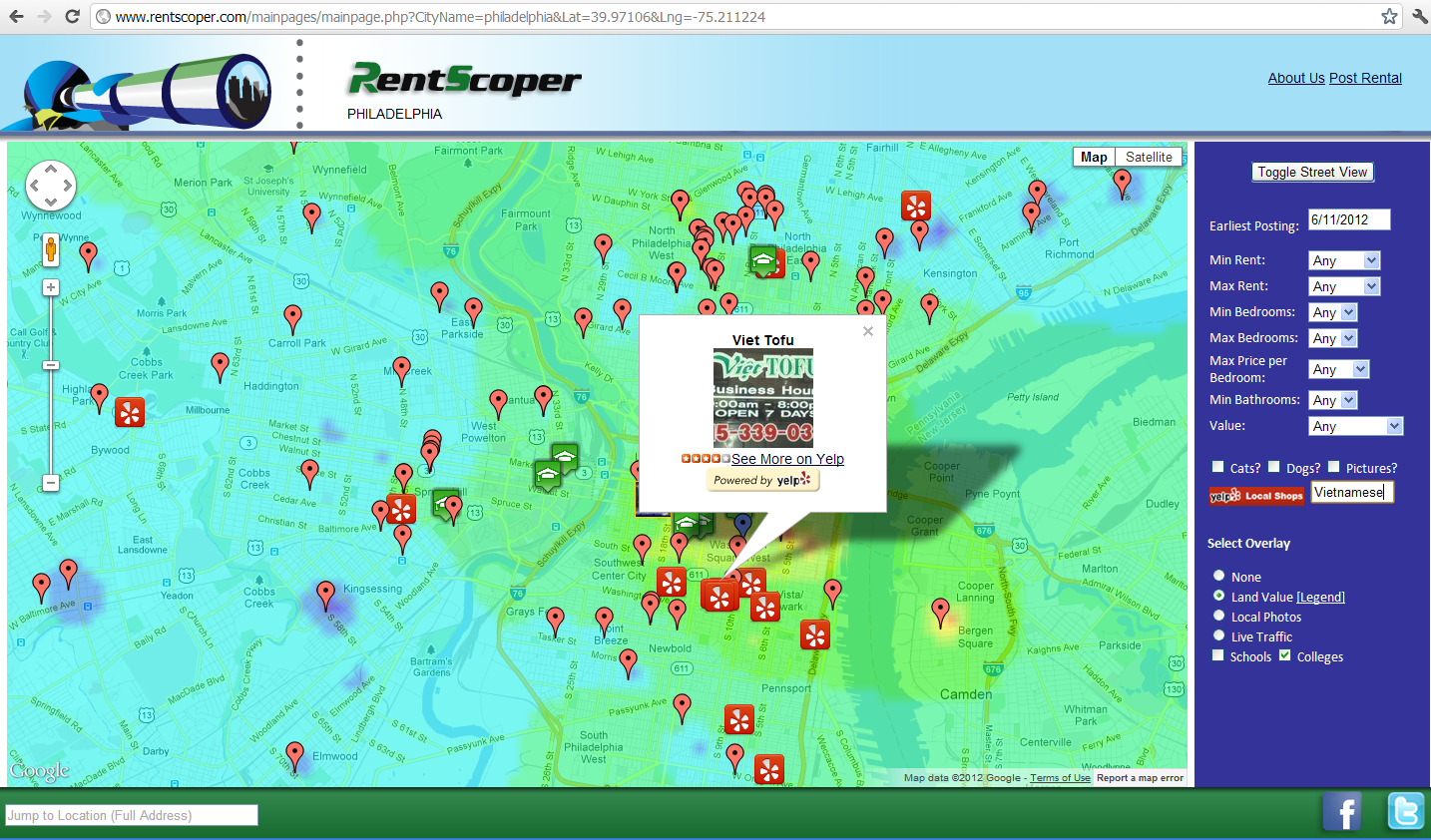